Because Netflix's algorithms can make it difficult to find something new and different, here are ten head-turning movies that you're sure to love 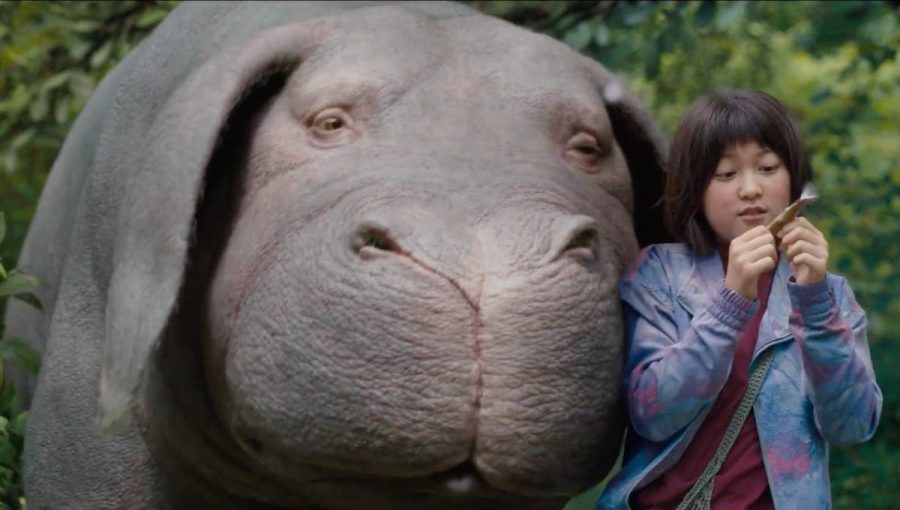 It's not always easy to find what you're looking for on Netflix, which makes it easy to miss movies like Okja, a powerful and quirky film that comments on animal cruelty, the environment, and the issues with capitalism.

When scrolling through Netflix, it feels like there are endless titles to explore. But, finding an actually enjoyable movie sometimes requires some in depth searching. And why do that when you can go back and watch Legally Blond for the one hundredth time.

But don’t fret, because someone else did the work for you. Here are ten surprisingly good movies on Netflix that might not usually show up on your recommended.

“The Boy Who Harnessed the Wind”
This film follows the true story of William Kamkwamba, an African teenager growing up in central Malawi. It is there that he is thrown out of school due to his family no longer being able to pay the tuition fees. In the mid-2000s a drought devastated his village. Having a self taught gift for electrical engineering, he learns how to build a windmill in order to save his family from the famine.

Kamkwamba’s story is a tale of survival and rebirth in an environment and among individuals that appear lifeless. Combined with director Chiwetel Ejiofor’s realistic visuals and Kamwamba’s narrative comes a harsh, but important display of not only Malawian Culture, but a story of triumph in times of adversity.

“1922”
This film is based off of Stephen King’s novel of the same name. As suggested by the title, the year is 1922. Wilfred James is a farmer living in Nebraska with his wife, Molly and his teenage son, Henry. Upon Molly’s talk of divorce, Wilfred convinces his son to help him murder his wife for financial gain. What follows is a gradual descension into insanity.

Often characteristic of a lot of King’s writing, this story is a psychological one with elements of horror mixed in. Even from the beginning, there is something unsettling about the quiet countryside setting as it completely contrasts a slow-burn type of crescendo into madness. The ominous tone is almost something similar to The Shining, another popular King film adaption. Director Zak Hilditch is ultimately able to utilize this pure type of setting to capture King’s heavy themes of guilt and trauma.

“Captain Fantastic”
Ben Cash lives in the Washington state wilderness with his six children. Isolated from the outside world, it is in the forest that they are educated and taught to think critically about mankind and society. But, when Cash’s wife dies suddenly, he is forced to finally bring his children into the real world.

This film is a surprisingly well structured man vs society type story with meaningful themes concerning education, fatherhood, and grief. An excellent performance from Viggo Mortensen displays a gradual and heartbreaking acceptance of death through the experience of raising his children.

On the surface, this film can be interpreted as a story of escapism. But, within this idea are much deeper themes that discuss the horrors of war and fascism. With ties to the classic mythological stories of Pan the Faun as well as Persephone and the Underworld, the film is divided into two worlds of fantasy and reality. And facing that reality ultimately becomes the major conflict for Ofelia

“A Silent Voice”
A young girl named Shoko is harshly tormented and bullied in grade school due to her impaired hearing. Years later, her tormentor named Shoya is in high school and experiencing the same type of treatment. In his struggles, he decides to try and make amends with Shoko. But with his reconciliation, he also cannot escape his past wrongdoings.

“A Silent Voice” is a gorgeously animated film from Japan that tackles issues of bullying as well as social anxiety and mental health in general. Interwoven between those ideas are newfound friendships and redemption as well as heartbreaking deception and lies that creep in from the past. In the end, it’s biggest theme is one of forgiveness.

“Okja”
This film begins with Lucy Mirando, the CEO of the Mirando corporation, introducing her new genetically modified creations called “super pigs.” Sending them off to various different countries in order to see how they fare, Mirando has secret intentions for the pigs that survive. Ten years pass and young Mija is introduced as the caretaker of the only remaining “super pig” located in South Korea. When the corporation tries to take the pigOkja back to New York, Mija sets off on a sporadic journey to get her friend back.

Director Bong Joon-Ho’s films are often characterized by their inclusion of social themes and sudden tonal shifts. “Okja”’s discussion involves animal cruelty, the environment, and the issues with capitalism. While characters associated with the corporation have borderline ridiculous personas they push forth towards the general public; Mija is intentionally written as an uncorrupted character who seeks the truth. A lot of Joon-Ho’s work also includes satirical and dark humor that makes for an even more entertaining viewing experience.

“Hunt for the Wilderpeople”
Ricky Baker is a juvenile delinquent who has trouble staying in foster homes. When he is left for child services once again due to the death of his most recent foster mother, he runs away into the New Zealand wilderness. It is there that his foster father, Hec, finds him. Together, they become stranded in the New Zealand bush while a national manhunt is underway for Ricky.

Taika Waititi’s film utilizes the same satirical tone characterized with most of his other work. While hilariously entertaining, his story is also a meaningful one at its core. While dragging the viewer through the literal New Zealand wilderness, it also works as a guide through the struggles of loss, the significance of family, and an ultimate fight for survival that goes beyond the forests and into the real world.

“Good Time”
Connie Nikas is a criminal who dragged his developmentally disabled brother into his bank robbing scheme. When his brother is caught and set to go to jail, Nikas sets off on an all night journey through New York’s criminal underbelly to free him.

With similar tones to their most recent film, “Uncut Gems,” the Safdie brother’s create an experience of unpredictable twists and turns. Everything that could go wrong does go wrong, making for a stressful yet entertaining viewing experience. Robert Pattinson’s surprisingly excellent performance as chaotic Nikas perfectly adds to the anxiety ridden tone of the film as well. Visually, “Good Time” utilizes a large amount of neon colors that contrast the dark environment. However, the most interesting part of the film has to be Nikas’ desperation combatting his ironic avoidance of the consequences he must face for his actions.

“Nightcrawler”
Taking place in Los Angeles, this film follows cunning Lou Bloom as he searches for a new career. In his determination, he stumbles into a video journalism job that involves recording crime scenes and selling the footage to news stations. Looking to get the most money out of his new-found profession, Lou takes his video recording to the extremes. Ultimately, he ends up going too far.

Dan Gilroy’s film is definitely a unique one as the main role features an antagonist rather than a protagonist. Jake Gyllenhaal’s performance as sociopathic Lou is chilling and works perfectly with the ominous nighttime atmosphere of the film. While exposing some of the racist and classist aspects of the local news, this story also explores themes of exploitation and greed. Although disturbing, it is also a thrilling ride through a unique perspective that sets out to showcase the extremes of materialism.

“The Florida Project”
Set in the outskirts of Disney World, this film follows the story of 6-year old Moonnee and her friends as they live out of run down motels. Unaware of the poverty that she is in, Moonee makes the best out of her situation while her young mother struggles to stay afloat.

Although this story is already something interesting by itself, director Sean Baker makes it something truly special. Similar to his other film, Tangerine, Baker films the story as if it were a documentary. He lets most of the actors improvise their lines, creating an immense sense of realism dialogue wise. Although he touches on the struggles of the mother, there is a real focus on the kid’s perspectives and their innocence as it relates to their situations. With the setting, he creates a deeply interesting and devastating juxtaposition between the happiest place on earth, and poverty that surrounds it. What results is an incredibly moving and raw commentary on destitution through a child’s eyes.