Though social media allows people to stay connected with friends and trends, it sometimes causes more harm than good 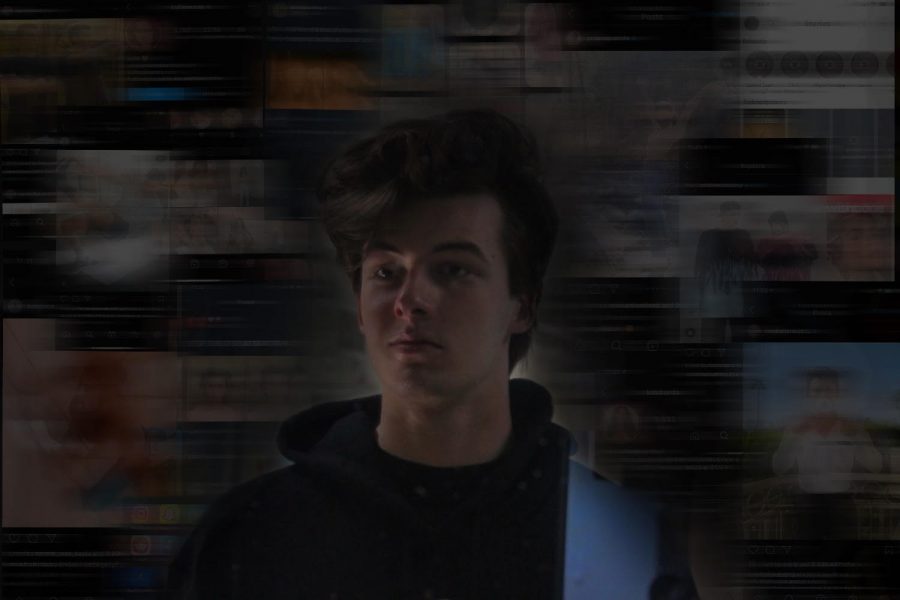 Social media can connect people together, but it can also tear people apart. In addition to bullying and aggression, social media can sow doubt, anxiety, and low-self esteem if users choose to spread negativity instead of positivity.

Social media is one of the best ways to show creativity and interact with friends and family. While that is the intention, it can be more harmful than good.

As kids gain access at a younger age every year, social media seems to be more and more toxic. Seeing older influencers can pressure kids to grow up faster. It causes things like eating disorders from body image issues and cyberbullying-related depression.

There’s a show on Netflix called “The Social Dilemma” and one of the statistics given is that since 2010 girls age 15-19 suicide rate went up 62%. Then it goes on to say that girls ages 10-14 rates went up 189%. 2010 is the year that Instagram was released. The percentages had never been so high.

Another problem is body image issues that can lead to eating disorders. Many teenagers suffer from a mental illness called body dysmorphia,“A mental health disorder in which you can’t stop thinking about one or more perceived defects or flaws in your appearance — a flaw that appears minor or can’t be seen by others.” Since most teens have access to all these people that use editing and filters to their bodies it’s easy to compare themselves without thinking of how real the post actually is.

According to the National Association of Anorexia Nervosa and Associated Disorders, “35-57% of adolescent girls engage in crash dieting, fasting, self-induced vomiting, diet pills, or laxatives” and “10,200 deaths each year are the direct result of an eating disorder—that’s one death every 52 minutes”.

Unrealistic beauty standards have been created on social media as well. Since teenagers see these guys and girls looking idealized in their photos, they expect all to look “perfect” also. This leads to body shaming, causing kids to try to grow up too fast.

One common misconception is that girls are the only ones with eating disorders. Although girls do have more cases, guys go through them as well. It can be harmful not to recognise and talk about eating disorders in males. It can cause them to speak up even less and continue to go unhelped.

According to Eating Disorder Hope, “10-15% of those diagnosed with Anorexia or Bulimia are male”. As mentioned before, seeing older guys on social media that are fit can cause them to think guys have to have a six-pack and muscles for other people to accept them.

Social media also allows you to easily message anyone at any time. This makes it easy for people to get cyber-bullied. Whether it’s a direct message or comment, it’s common for anyone to receive some type of online hate or harassment. It’s important to be kind to others since it’s not always easy to tell if they are receiving hateful messages.

Although social media was created to be helpful and an easy way to communicate with each other, it can be very toxic. The Netflix “Social Dilemma” documentary features creators of some of these apps like Instagram. They state that they never realized how harmful the creation could be. Lately many creators have been sharing body positivity on apps like TikTok. It’s a step in the right direction for sure but the platforms can still be more harmful than good. I personally love social media for things like recipes, learning, fashion, fitness, humor, and other creative things. However, I think everyone’s had times where they see certain creators with large or small platforms, and compare themselves to them.