After earning second place at his IHSA Regional in DeKalb, Truman Keppy heads to Bloomington 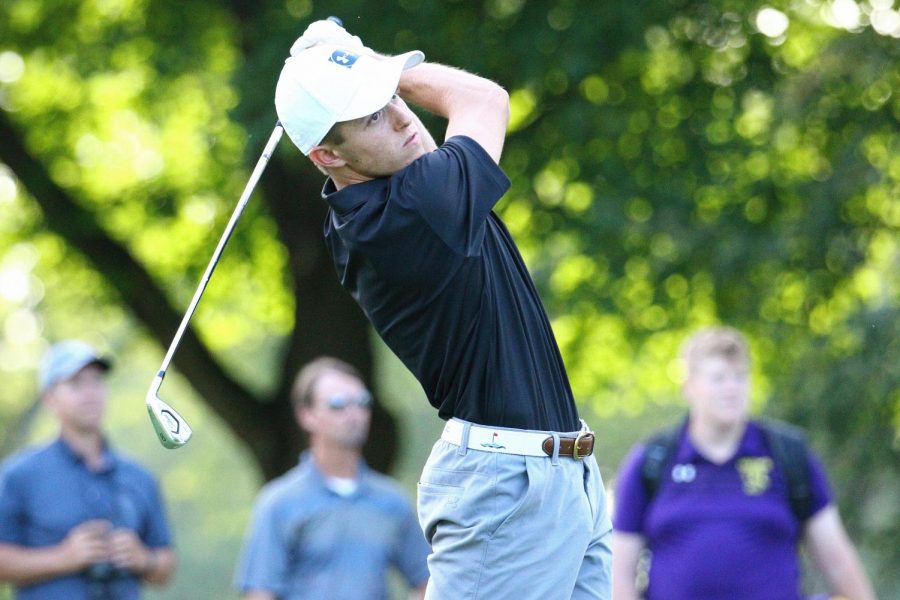 Truman Keppy swings his golf club during the first boys golf game of the season against Wauconda on August 15.

After winning the regional tournament, McHenry West’s girl’s and boy’s golf teams try their hand at Sectionals this week, with Truman Keppy advancing to State.

With the season coming to a close, McHenry’s golf teams celebrated an advancement to sectionals in DeKalb and Mt. Prospect this week. After the Regional win last week, and advancing as a team to Sectionals both this year and last, varsity boys golf coach Ryan Ellison says they have been “trending upward.”

“[At Sectionals] We shot 324 as a team, which was our best team score of the season,” he said.

Along with this team-wide trend, East’s Truman Keppy has individually earned his way to State for the past three seasons. Scoring a 72 on Monday, he achieved a second place status. As a result, he will be traveling to Bloomington, IL this weekend for state.

“It is going to be a very emotional weekend after I finish my last high school round of my life down in Bloomington,” Keppy states. “We just won Regionals as a team so that was something else. Never would have guessed that my senior year on the golf team we would have won regionals. It was a happy moment for me and my team.”

The moment seems to be an emotional one for everyone, as any good team win should be. McHenry golf teams have not won the regional tournament “in a while” states freshman Ethan Jensen, so it was quite the accomplishment.

“The most memorable moment of the tournament Thursday was the bus ride there and back. We had a speaker on the bus, and we were all singing and dancing and laughing. It was a great way to end the season as a team.”

As the school awaits the results of Keppy’s travels to state this weekend, he is going to try and live in the moment and make this weekend one to remember.