Can video games be considered a sport? 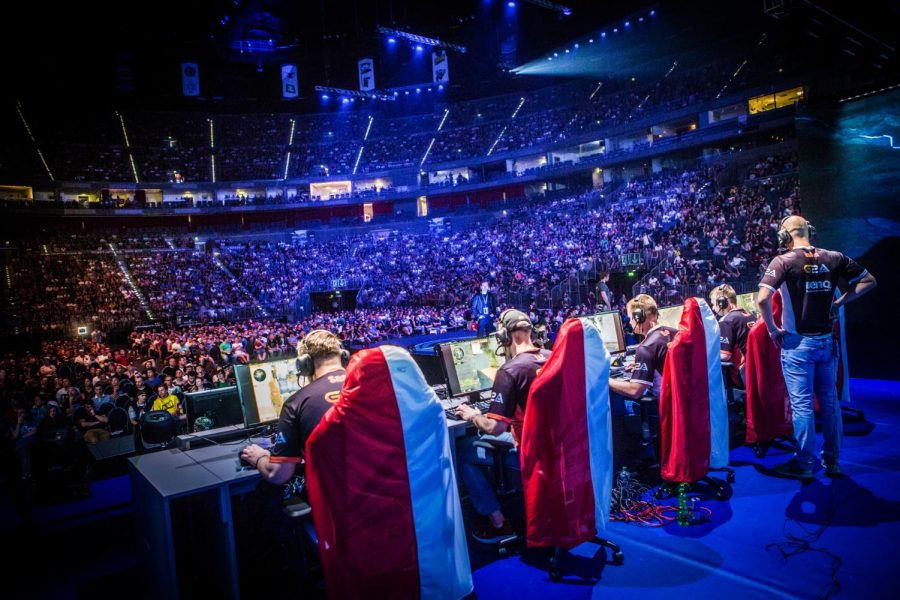 Competitive video games, e-Sports as they’re called, have become a growing phenomenon over the last decade considering the massive amount of attention they are getting from the general population. Millions of people around the globe are tuning in on the internet to watch “professional gamers” duke it out for prize pools of over a million dollars. Not only are these players skilled at the games they play, they’re near perfect, spending hours a day practicing to fight to become the best in the world.

In 2018, an annual e-Sports tournament held in Katowice, Poland had over 169 thousand attendants watching teams represent countries including England, The United States, Croatia, Germany, South Africa, Serbia, Australia, the Netherlands and more. Alongside the live attendants, there were a total of over nine million views over the span of the 61 hour stream time of the tournament. This brought in large amounts of revenue for the prize pools totaling over two million dollars. The teams played a variety of games at this tournament, each having a specific roster of players for each individual game. The games varied from first person shooters like: Counter Strike: Global Offensive and Overwatch; to massive online battle arena games like Dota 2; battle royale games like PlayerUnknown’s Battlegrounds; and real-time strategy games like Starcraft II.

Many of these professional players put hours and hours of practice and hard work to become the best in the world. According to ESPN, Greg “IdrA” Fields, a former StarCraft II champion, stated that his team would practice for 12 hours a day, taking only 2 days off a month. These hours of practice would usually go into only one game so these players could be the best at that game rather than just good at multiple games. If that’s not dedication, I’m not sure what is. There’s hours of training and practice in standard sports, what makes competitive video games any different?

Keeping an open mind through recent technological advances is essential to keeping up with everything, especially when times are changing more than ever before. Standard sports hand out millions of dollars from millions of viewers to players who put their whole lives into their passion. E-Sports are the exact same way, these competitive players drop everything and put all of their energy into not only a hobby, but a passion that is fun to partake in and fun to watch. In my opinion, based on the enormous amounts of revenue and fans competitive gaming brings in, alongside the dedication and heart the players put into them, e-Sports should not only be viewed as a competitive sport; but funded and broadcast the same as any other sport on television.