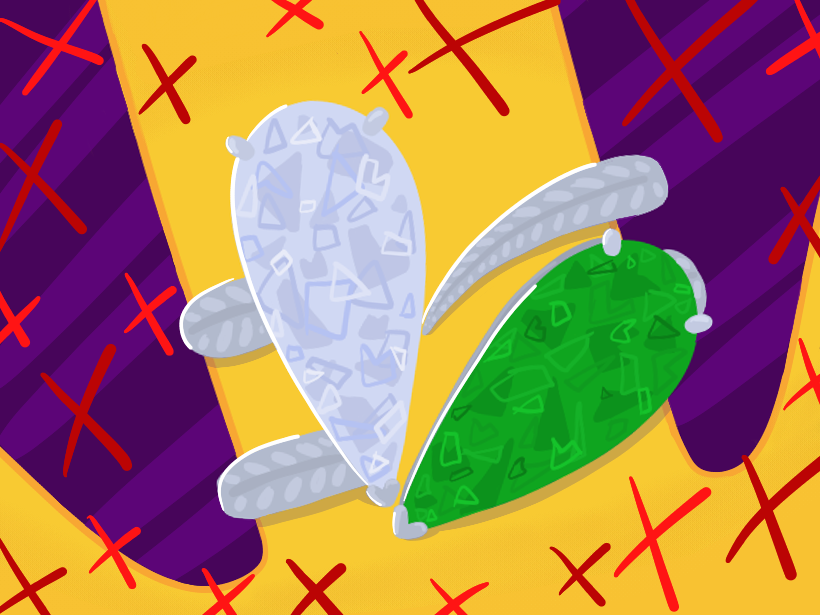 Megan Fox's engagement ring, given to her by her fiancé Machine Gun Kelly, reportedly has thorns on the bands so it would hurt to take off — which is only one part of their engagement that feels strange.

As people complete  their daily routine of scrolling on their Instagram feed, they all one way or another came across a post by Machine Gun Kelly — and possibly a video of him finally proposing to Megan Fox. However, the world was nothing short of shocked when they came to find out her engagement ring has thorns on its band.

Musician Machine Gun Kelly (Colson Baker) asked his now fiance, actress Megan Fox, to marry him on Jan. 11 in front of the Banyan Tree where they first fell in love. Once she said yes, there was no going back for Fox because her engagement ring reportedly has thorns on the bands so it would hurt to take off. Also, the ring is said to be one of a kind, though this fact was later proven to be false.

According to news outlet Vanity Fair, Machine Gun Kelly described how the ring was actually two rings that magnetized together — one stone being diamond, which is Machine Gun Kellys’ birthstone, and the other being an emerald, Megan Fox’s birthstone. When he mentioned his intentional design of thorns in the bands, he followed it up with “love is pain!”

That very statement, as well as the ring design itself, did not sit well with many people. A user on Twitter pertaining to this issue stated, “I don’t know what young MGK or Megan Fox fan needs to hear this, but love isn’t supposed to hurt. […] That is domestic violence.”

I don’t know what young MGK or Megan Fox fan needs to hear this, but love isn’t supposed to hurt. Your partner is absolutely not supposed to hurt you on purpose. If any boy ever tries to put a ring on your finger that hurt to take off, run. That is domestic violence.

Many people agree with this idea of the ring design being “toxic and controlling,” and is normalizing abusive behaviors in relationships disguised as “intense love.”

Not only is the ring controversial, it’s also not as “one of a kind and unique” as Mchine Gun Kelly says. Instagram influencer Indy Blue, who got engaged to her partner last year has a very similar engagement ring in both shape and color, according to news outlet The Focus.

When asked if it was believed to be just a coincidence or purposeful, senior Giana Ricci, who follows celebrity news closely claims, “I believe it was just a coincidence because I don’t think he knows who she is, and she doesn’t think MGK copied her — just that it was really weird how it happened to be almost the exact same ring.”

Although many believe the thorns on the ring is nothing out of the ordinary for this anything-but ordinary couple, it is still seen as a major issue. Fans and the general public seem to be able to put aside how they claimed to have “drank each other’s blood” and wear a vial of each other’s blood as necklaces, but draw the line at claiming love is literal pain and having an engagement ring designed in order to prove it.

So, next time a young Machine Gun Kelly or Megan Fox fan is scrolling through their social media, this discourse will be there to serve as a reminder to them. That being that, just because a celebrity says “love is pain,” it most certainly does not make it true, or less toxic.