The McHenry Messenger • May 14, 2021 • https://themchenrymessenger.com/crime-scenes-justice-and-murder/

Crime Scenes: The line between justice and murder

Giulia Tofana, tried and convicted for murder centuries ago, is infamous for helping hundreds of abused women poison their cruel husbands 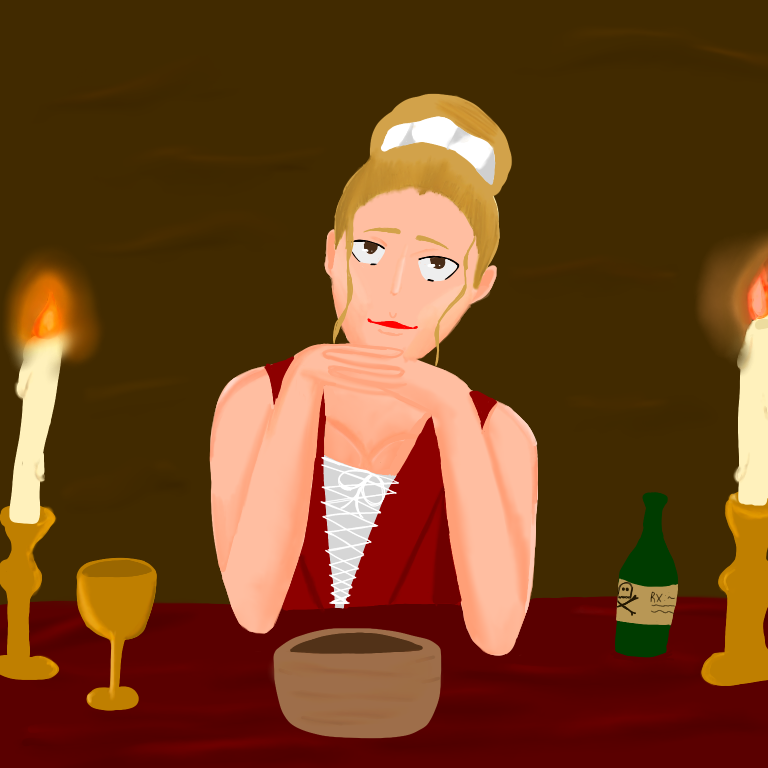 Giulia Tofana was the daughter of Thofania d’Adamo. Thofania was executed in July of 1633 for murdering her husband. Giulia spent a lot of time with apothecaries and learned how to make her own poison from asking questions. The poison, named Aqua Tofana, was a clear liquid with small four to six drops enough to kill a man. It was colorless and tasteless. It would kill its victims slowly and look like a death from natural causes and a slow acting illness like the flu.

First Giuliana disguised it as powdered makeup. Second she disguised it as a “healing lotion” that looked like a devotional object.  She did this because she sympathized with women in abusive situations that had low status and no way to get out of their situations. She wanted to help these women get out, and some men bought her products as well, but mainly it was women.

She sold her products by word of mouth, and was fairly successful because everyone was very quiet about her products and what she was doing. She would coach the wives on how to act during and after the “illness” and death. Show signs of anxiety over their husband being ill, and then when he dies be shocked, surprised and “devastated.” She then told them after he died to demand an autopsy, because nothing would be found and the wife would be considered 100% innocent.

She continued this for 50 years and killed over 600 men. Until, one woman planned on using this on her abusive husband. She went and bought Aqua Tofana from Giulia. She then went home and placed it in his soup. He started to drink his soup until she demanded for him to stop. He held her down and beat her and demanded her to tell him why he cannot finish his soup. She eventually confessed to putting the poison in his soup. He took her to the authorities and tortured her to get all the information out of her. She tells them everything.

Giulia ran away to a church for sanctuary until she could get out of the area when she heard the news. A mob started angry with Giulia because there is a rumor she poisoned the water supply (which wasn’t true). She gets found and the mob takes her from the church. The authorities tortured Giulia until she confessed to what she had done. July 1659 Giulia was executed.

Though murder is wrong, Giuliana was just trying to get justice for women of her time and protect them.

One reason I believe this is I have little sympathy for abusers. These women deserved a better life than to be abused and used simply for being born a woman. If you are abusing women, you need to accept the consequences that come. Mostly, however, it is more important these women were able to live peacefully for the most part afterwards. These women deserved better and they deserved justice for how they were treated.

Another reason I believe this is Aqua Tofana is a fairly painless way to die compared to the other ways they would torture and kill women at the time. It had flu like symptoms, yes, but other than that you are not being hung, which is extremely painful especially if your neck does not snap right away, you are not being burned at the stake which is obviously extremely painful and you are not being tortured to death by authorities. I believe if Giulia Tofana’s purpose was to do anything other than get these women out of these situations; if she was filled with hate and rage at these men, she would have made a way more torturous way to die.

I wish, however, there was a better way for these women to escape their marriages. I wish there was a way they could be safe and happy during this time, but with women being treated like objects it was nearly or completely impossible. These women would have to live their lives being abused and essentially tortured at the hands of their husbands, not to mention how much it was enforced to have children and how risky childbirth was.

Finally, the main reason is I believe everyone deserves a happy life as long as they are doing their best to be kind. These women deserved better outcomes then being beaten all their lives and divorce was not an option. They deserve to live fulfilling and long lives, and when you are forced to marry at a young age and be used simply for your presence and body it is not a good way to live.

The women of the century deserved better and although I believe murder is wrong in majority of cases, this was simply self defence to protect their livelyhoods. Giuliana’s purpose was to help these women live happily and not to hurt these men, which is why I believe even with a murder count of 600, she still wasn’t a bad person.