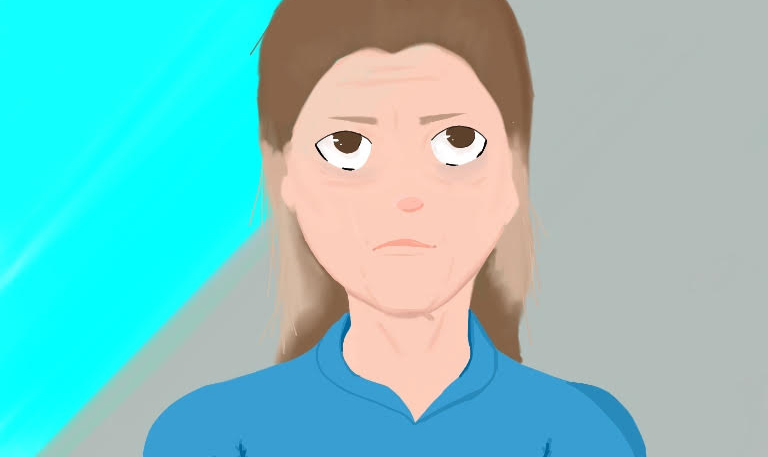 Was America’s first female serial killer, Aileen Wuornos, a cold-blooded killer or a victim of circumstance? Undoubtedly, she deserved prison time, but may not have deserved the death penalty.

America’s first female serial killer, Aileen Wuornos, on October 9, 2002 was “taken away to meet God and Jesus and the angels and whatever is beyond the beyond.”

Wournos was born in Rochester, Michigan on February 29, 1956. Her mother was only 14 and her father was only 16 when they decided to marry, which only lasted less than two years. Later, her father would commit suicide in jail, never meeting his daughter. At the age of four, Aileen Wuornos was abandoned by her mother and sent to her grandparents house.

At 14, she became pregnant by an accomplice of her grandfather, who had abused her as well. She dropped out of school after placing the baby up for adoption. Her grandmother died of liver failure and shortly after, her grandfather kicked her out of the house at 15. With her rough upbringing, it is no surprise that she had to do tough things to survive, one of those is becoming a prostitute.

Wuornos’s first crime was driving under the influence at age 18. After that, she hitchhiked to Florida and married a man named Lewis Fell, eventually filed for a restraining order against her because she beat him with his own cane. Later, she met a woman named Tyria Moore, a hotel maid, and almost instantly fell in love with her.

In 1989, Wuornos would go on to murder seven men. The names of these men are Richard Charles Mallory, David Andrew Spears, Charles Edmund Carskaddon, Peter Abraham Siems, Troy Eugene Burress, Charles Richard Humphreys, and Walter Jeno Antonio. All of the men that had been found were shot several times. Wuornos claimed that all of these murders were in self defense.

Although Aileen Wuornos should have been locked away, I do not believe she should have received the death penalty.

Wuornos was a danger to others, and I believe herself. She didn’t seem to care much that she was putting herself in dangerous situations. She is willing to murder to defend herself, but she shot these men multiple times and robbed them, making it seem like more than just simply self defense.

Wuornos was a mentally ill woman. She needs structure and a schedule to be able to properly take care of herself, and to keep her off the streets. A psychiatric ward would be more helpful than prison in my opinion for this reason, just a very secure one. I don’t think that she should be in the general public because she couldn’t handle it well. She has borderline personality disorder with paranoid features, a delusional disorder, and most likely PTSD from her childhood and experiences throughout life. With these mental illnesses, especially with a delusional disorder, she should be taken care of mentally before being sent to prison, for as long as that takes, even if it takes her entire life.With this care — with anyone in her life showing empathy towards her — she could be healthy and happy and function in society.

She shouldn’t have gotten the death penalty because it is not a humane punishment. She chose execution by lethal injection, which although it seems like a simple and painless way to die, it isn’t. If the person does not become unconscious, there is an extreme pain at the site of the IV. You gasp and wheeze with air leaving your body. Many cases found fluid in the lungs after death, which is said to feel like drowning. Many felt terror and panic before they died.

I believe only the worst people deserve this kind of death, if anyone. Wuornos is not one of those people; she was a misunderstood victim.

Many believe she shouldn’t have even been locked up because she was just practicing self defense and trying to protect herself. However, she robbed those men and murdered them in a seemingly coldblooded way. I believe Wuornos had a hatred for men due to her past experiences and was a threat to many men, even ones without bad intentions.

Although she committed these murders in an act of self defense and was mentally ill, I do believe Wuornos should be locked away in some state. I think that maybe a hospital would be better for her than prison. I do not believe, however, she should have recieved the death penalty. Wuornos was a victim to men her entire life and I’m not surprised with how she acted, even though I don’t condone it.

If a man is attempting to seriously hurt you, I believe you have to right to defend yourself and the fact that they decided to lock her up and give her the death penalty shows a lot about how society has room to improve.