Irresponsible students and obnoxious behavior is plaguing MCHS, damaging its image and making school less enjoyable for everyone else 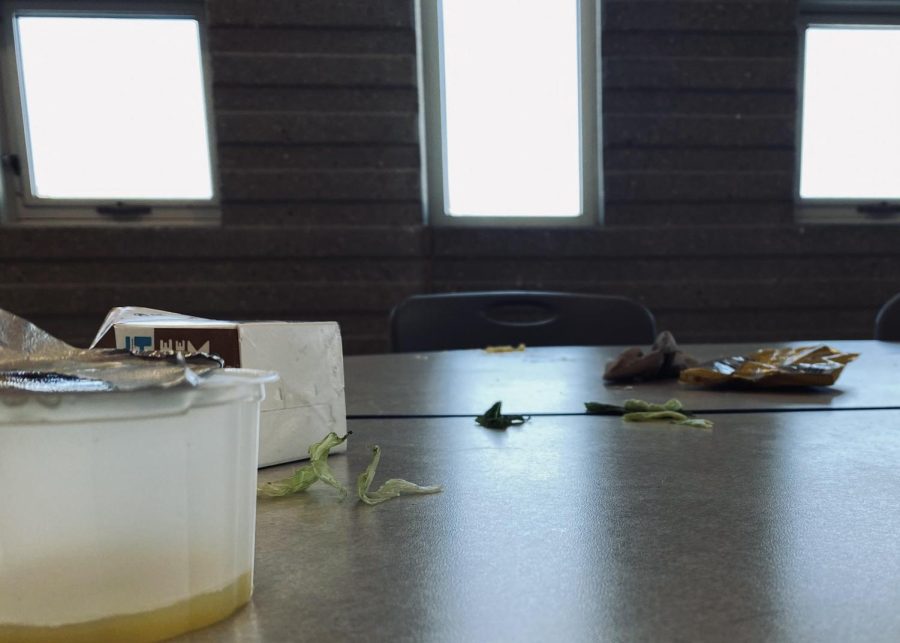 Students have spent the school year disrespecting the staff and property of MCHS by leaving huge messes and not picking up after themselves.

The bell rings, students rush out of class, while walking up the stairs they see sticky liquid shining from the sunning glaring in. As they go up the stairs, they and the crowd avoid stepping in it. On the way to class they see paper and trash surrounding a garbage can rather than in the can. These sights are common throughout the student’s day and week. This school year, bad behavior from students has made life at MCHS a lot more difficult.

Throughout this semester students have been warned many times of the consequences of their bad behavior. Principal Jeff Prickett has sent out emails regarding the consequences, such as losing prom privileges, open campus, attendance at school social events, parking privileges, et cetera. Students littering, cutting classes, and being seemingly uncontrollable, will be punished and have more serious consequences in attempts to correct student behavior.

One of the largest complaints this school year has been of overly obnoxious and unnecessarily loud students. Though this is a problem every single school year, for some unknown reason this year is worse. Students seem to be completely disregarding all respect for teachers and other adults of our community. This lack of respect is making it hard for some teachers to control their classrooms full of wild students, other teachers seem to not care at all that kids are blowing off their classes and interrupting other students’ time to focus. It has become hard to get work done in class when other kids are being loud and disrespectful towards both you and your teachers.

A common trend with students has been the amount of garbage and mess throughout the lunchroom and halls. Students seem to not want to clean up after themselves whether because of laziness or a want to disobey the school. As a result, posters had to be hung around the school featuring a picture of Dr. Prickett urging students to clean up after themselves. However, the small nudge for kids to be more responsible doesn’t seem to be working. As spilled food, drinks and wrappers litter the hallways, it becomes irritating and disgusting to walk through while giving the school a bad image.

Majority of these problems started happening after students and staff came back from e-Learning for two semesters. People are quick to blame this increase in bad behavior on COVID-19. Almost as though students have forgotten how to act properly within the school. The problem with this theory is that students couldn’t act poorly when online because of all the options teachers had to counteract said behavior. As well as many students having become more disruptive even in the years before COVID-19.