The McHenry Messenger • May 18, 2021 • https://themchenrymessenger.com/editorial-normalize-masks/ 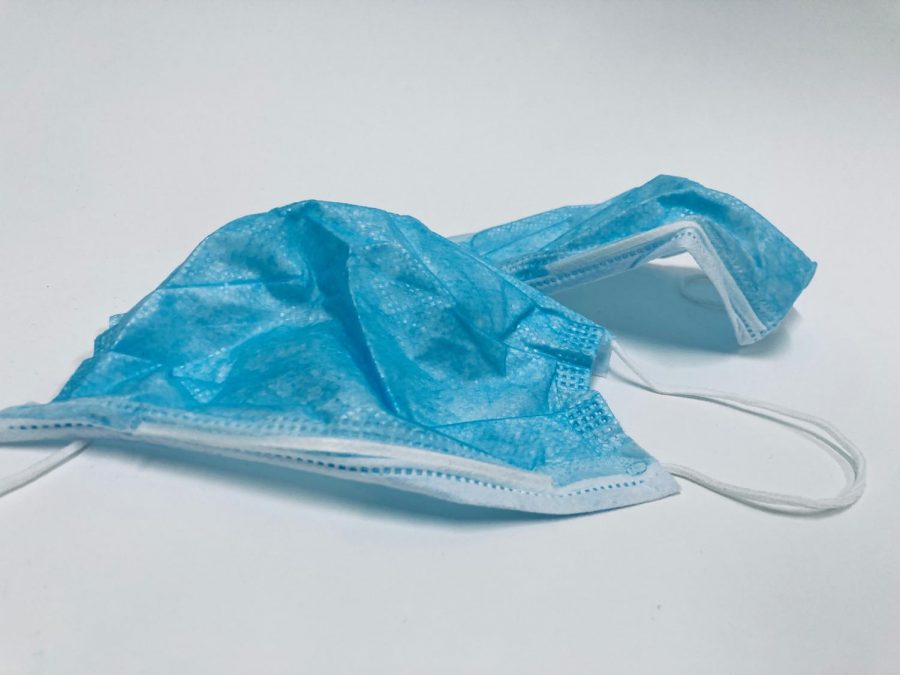 Before the pandemic, wearing a mask when you are sick was already normal in many countries, especially in Asia. As mask restrictions ease up for vaccinated people, it's time to make mask wearing normal in the United States as well.

Everyone gets sick at one point or another. But, not everyone can deal with it the same way. In East Asia, when a person gets sick, they take care of themselves and cover their mouth and nose with a mask if they have to go out in public. When an American gets sick, we go on with business as usual, popping our cough drops and explaining to others in close proximity that we´re sick, snot-nosed and our spit flying everywhere.

In East Asian countries like Japan and Korea, wearing a mask has been a completely normal thing even before the COVID-19 outbreak. Whether it be a common cold or a deadly virus, many wear masks out in public in order to protect others and prevent the spread of infection.

While masks are mainly intended for medical uses, they have also become something of a cultural staple in these countries. In general, many East Asians value the idea of privacy. Because of this, it is common for women in Japan to put on a mask because they are wearing no makeup. Sometimes they are even worn purely for a fashionable aesthetic. Chinese teenagers tend to wear masks in order to avoid attention or to create a social barrier. In Taiwan and Japan, people also wear masks in order to protect themselves from air pollution and to keep themselves warm in the wintertime.

With mask wearing already so ingrained in East Asian societies, the implementation of constant mask wearing for COVID-19 has been easier for these countries. As compared to Western countries, mandates were not as needed and anti-mask protests were non-existent.

If everyone were to wear a mask out in public when they are sick, even after COVID, we would create a safer society for everyone. It would be the first step in preventing the spread of illness and make immunocompromised people more comfortable going out in public to places, like the school, grocery store or hair salon. By wearing a mask in public places when feeling sick, things like the common cold or flu season could be greatly reduced.

Making mask wearing when sick a common practice is also a respectful courtesy that people can extend to each other. By wearing a mask when sick, people are being respectful of those with underlying conditions or that are immunocompromised. This prevents them from possibly contracting a simple illness, like the common cold or flu, that could be potentially life threatening. But more than that, wearing a mask is also a polite gesture to surrounding people and demonstrates a care for others.

Along with preventing the spread of illness, wearing a mask post pandemic could greatly reduce the risk of people constantly inhaling toxins and pollution that are in the air. This would also contribute to improving the health of America’s population.

Although wearing masks is a simple concept, their implementation in America has faced some controversy. With the introduction of mask mandates, some Americans felt that their rights were being violated. This was reflected in the many anti-mask protests conducted by right wing political groups.

With many of these individuals calling masks “muzzles” and choosing to not believe in any kind of science, mask wearing has become a political issue rather than a health question. Along with this division, there are many hypocritical mask wearers who support the idea of masks, but still choose to not wear them out in public. The result, according to Newsweek, reports that 83% of the American population supports mask wearing, but only 51% actually wear masks out in public. In contrast, 80% of the Japanese population wears masks out in public for COVID-19 as well as for other illnesses.

Realistically, the question of whether or not Americans can go on wearing masks for things other than COVID-19 seems to be out of the picture. When about half of the population confesses to not wearing a mask in public and political groups are divided over believing in the very science of an epidemic; continuous mask wearing becomes less achievable everyday. In the shadow of the political divisions of America, it is an issue that sadly continues to divide the nation.

Although wearing a mask is generally a good idea for health reasons, the division in the United States makes it harder to implement mask wearing for things other than COVID-19. Culturally, most Americans are also not as private or polite when it comes to protecting other people. People get sick all the time, but everyone should help prevent others from getting sick if they themselves are sick in public.