MCHS's choirs performed alongside 8th graders from Parkland, Harrison and MMS on Thursday 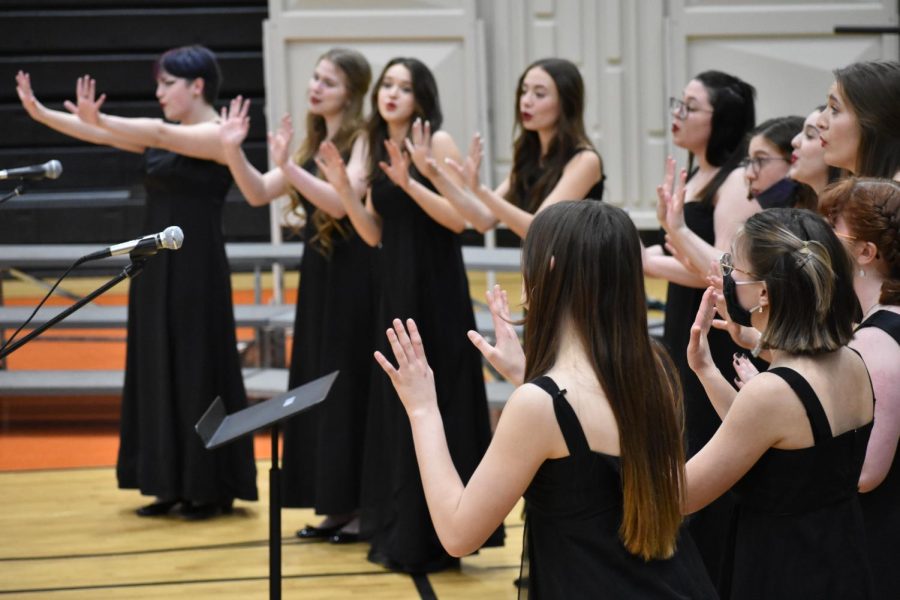 MCHS's choirs combined with choirs from Harrison, Parkland, and MMS for a concert on Mar. 3 in the Freshman Campus main gym.

On March 3, all choirs from the Upper and Freshmen Campus alongside eighth grade choirs from Parkland and McHenry Middle School performed at a concert in the main gym of the Freshmen Campus. This included Surround Sound, Cadet Choir, Concert Choir, Freshman Choir, the eighth grade choirs and guitar class. Some songs performed were “Mr. Sandman,” “The Lion Sleeps Tonight” and “From Now On.”