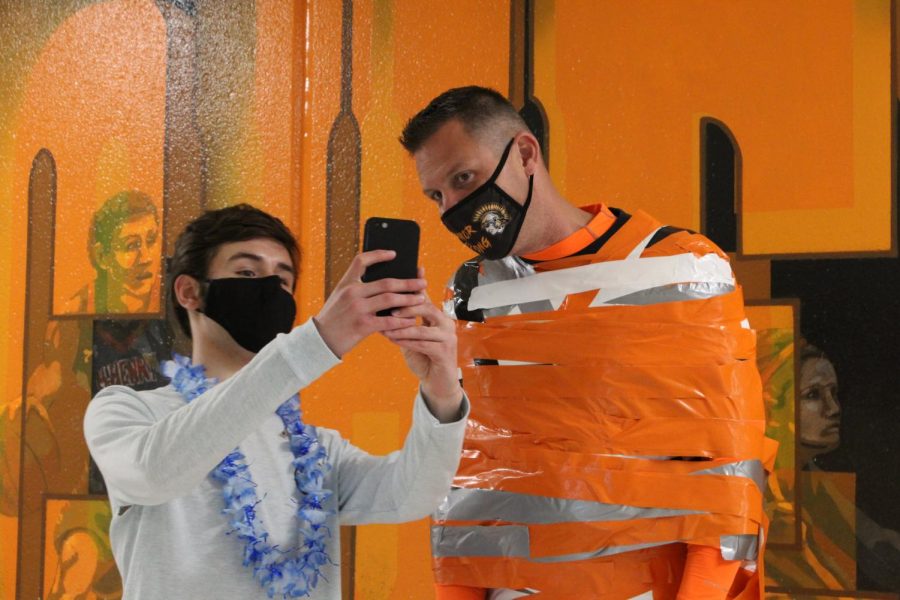 Students pose with Derek Galvicius during Duct Tape the Teacher, which concluded Homecoming week on April 23 outside the West Campus cafeteria.

On Friday, April 23, MCHS students gathered outside the cafeteria to participate in Duct Tape the Teacher. This year, students got to duct tape Derek Galvicius, MCHS’s choir director.

The tradition normally takes place during the week of MORP, but it was moved to Homecoming week to raise funds for the 2021 Student Council gift for the school. Seniors proved victorious in raising the most money and buying the most tape.