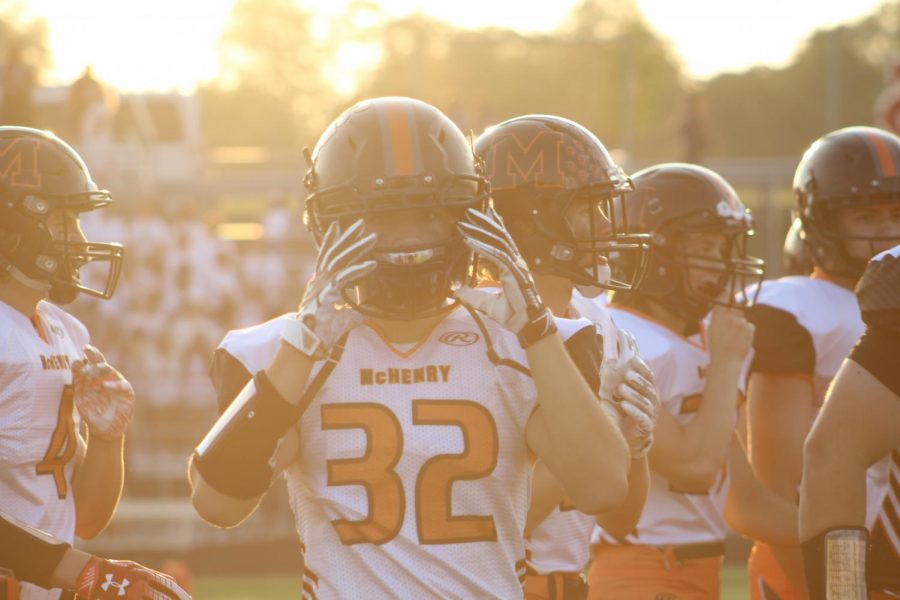 Dylan Drumheller puts on his helmet before the first varsity football game of the 2020-21 season on August 27 at Prairie Ridge High School.

On Friday, the varsity and the frosh-soph football teams played at Prairie Ridge during the first football game of the season. Cheerleaders, teammates, and the fans in the stands cheered on the varsity football team all night long. Warrior Nation showed their loyalty and support by wearing preppy clothing. In the end the the varsity team lost 31-41, though the frosh-soph team won 14-0 to the Wolves.

This story originally reported the scores incorrectly. It has been updated to reflect that the frosh-soph team won their game.