Varsity football faced down Dundee-Crown during the Homecoming game, earning their first win of the season 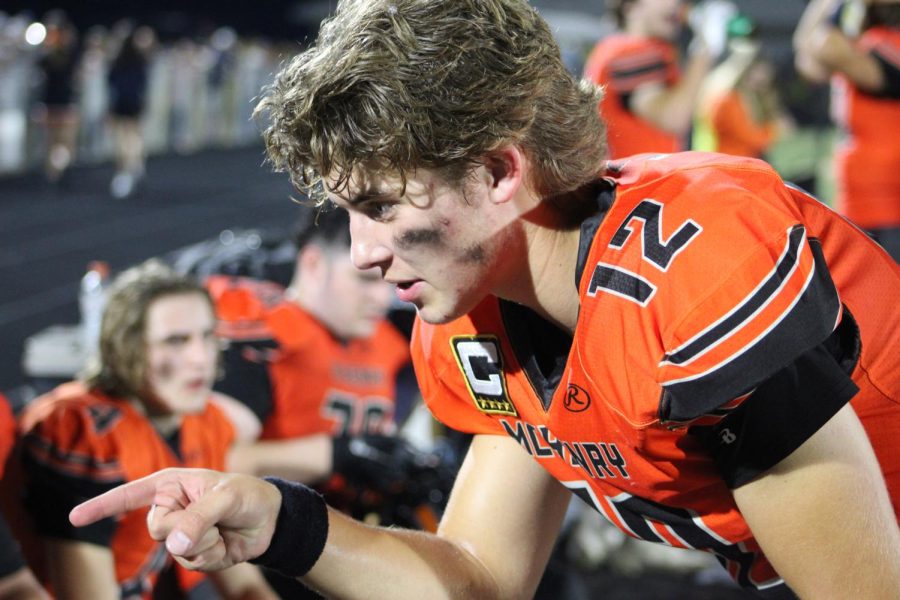 Andrew Hoffman talks with teammates during the Homecoming football game against Dundee-Crown.

The varsity and frosh-soph A football teams played Dundee-Crown on October 1 at McCracken Field for the Homecoming football game. Warrior Nation dressed for the theme of construction in support for the football team and the school’s Homecoming theme.

During half-time, the dance and cheer teams performed their dances and their guy-girl dance, and the marching band performed with color guard for the crowd.

By the end of the night, the varsity team secured their first win 49-13, though the frosh-soph A team lost 6-21.