Gallery: March of the Warriors

Before the first home football game of the season, students bring spirit and music to McCracken Field 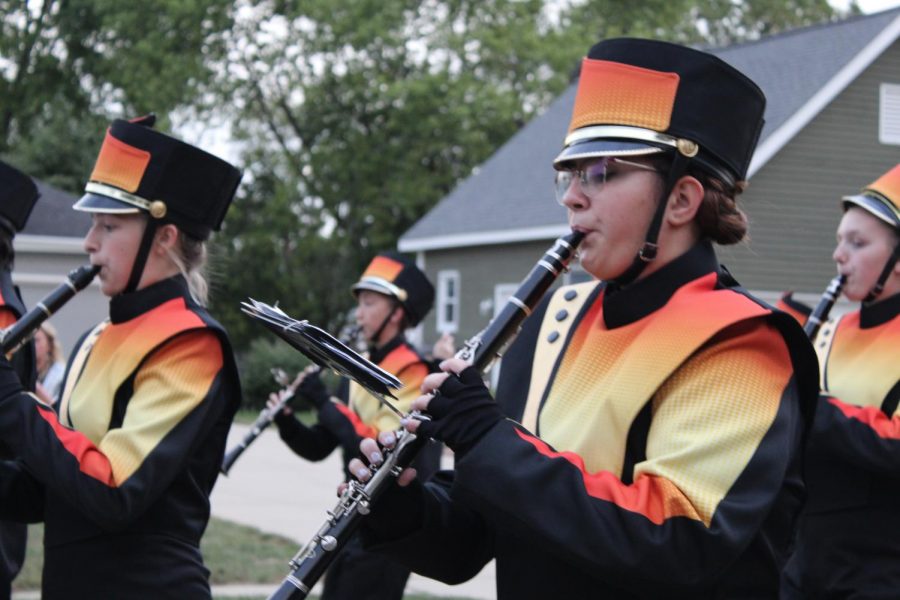 The marching band leads the varsity football team toward McCracken Field before the first home game of the season on September 3.

On Friday, the varsity and frosh-soph football teams played at McCraken field hosting Huntley. The dance team, marching band and color guard led the team to the field before the varsity game.

The annual Running of the Warriors took place before the varsity game. During this relatively new rite of passage, freshman are invited to run across the football field led by upperclassmen and Principal Dr. Jeff Prickett.

Warrior Nation and the cheer team showed their support by representing the theme U.S.A. The varsity team lost 13-16 against Huntley, and the frosh-soph team lost 0-12.