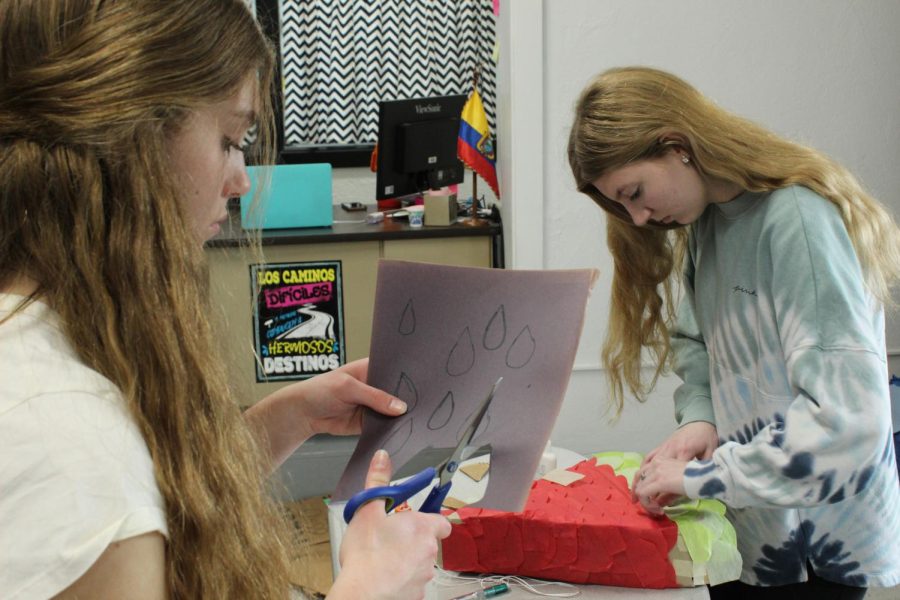 Freshmen in Tamara Pitz's Spanish I class make piñatas the week of April 25 to give to students at Edgebrook Elementary School.

Freshmen in Tamara Pitz’s Spanish I class have been making piñatas throughout the week of April 25 to bring to Edgebrook Elementary School in the first week of May.

Piñatas are being made with cardboard, tissue paper glue and tape in a variety of shapes including a flying pig, a watermelon, a cow and many more.

Pitz says, “We had so much fun doing the other cultural activities that we were doing a unit on, ‘celebration,’ so this is just a hands on activity and we get to pass it on to the elementary school, get them excited about other cultures, [so it’s] kind of a win for everybody.”