After waiting all year for their season to start, MCHS's volleyball players are hitting the court hard 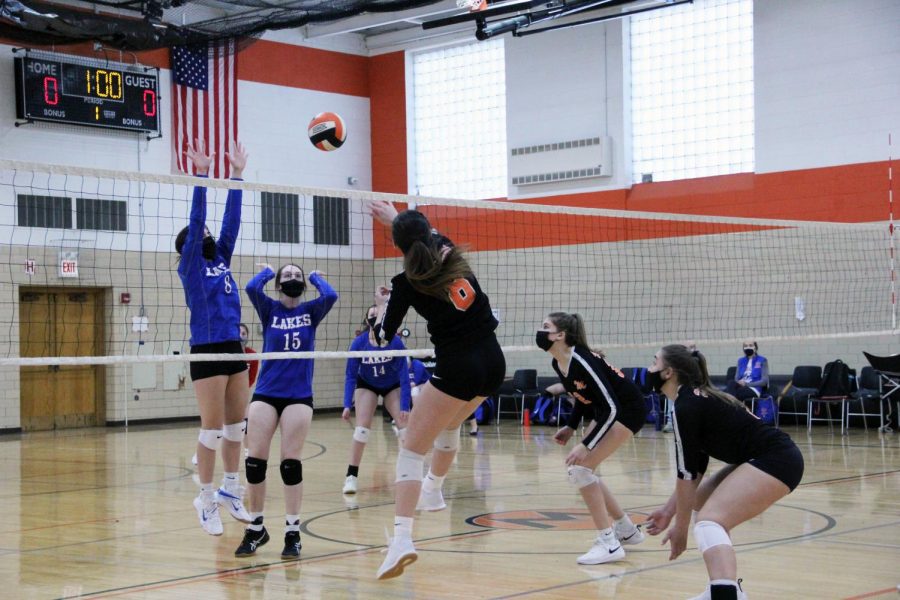 Regina Anelli spikes the volleyball during a home volleyball match on March 22 against Lakes High School.

When the Illinois High School Association “paused” high school sports in the spring, MCHS’s volleyball teams were among the most impacted. Now that athletic seasons are back in full swing, each volleyball team is ready to make up for lost time.

During the week before spring break, the volleyball program took on Lakes Community High School as well as Johnsburg High School. The Varsity team beat Johnsburg in two sets in a high-scoring affair. McHenry’s sophomore team rose to 3-0 after winning against Lakes. Finally, the JV team beat Lakes in three sets.