The 2012 film "The Perks of Being a Wallflower" makes viewers feel like they should be causing mischief with your friends, which is a rare feeling during a pandemic 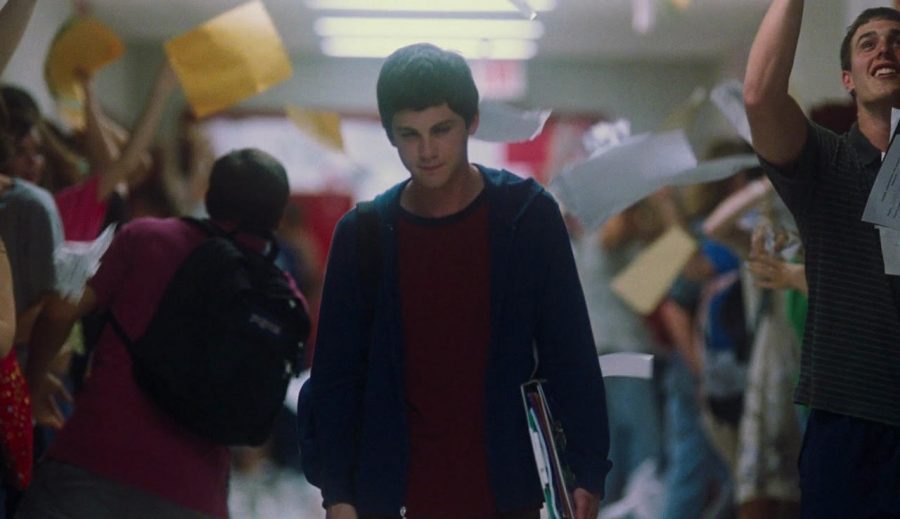 Author Stephen Chbosky wrote the novel "The Perks of Being a Wallflower" based on his own childhood in 1998. Chbosky wrote the screenplay and directed the 2012, which strikes the perfect tone as the world eases into the holidays.

Now that COVID cases are going back up, and the earth is basically at a standstill once again, we are all desperate for some new content to immerse ourselves in so that we can all feel a little less alone. “The Perks of Being a Wallflower” is a perfect movie to watch because it is emotional, energetic, well-paced, and features a strong group of friends who are certainly not afraid to be unique.

“The Perks of Being a Wallflower” is a 2012 coming of age movie starring Logan Lerman, Emma Watson, and Ezra Miller. The movie is centered around Charlie (Logan Lerman) in his freshman year of high school. Charlie has no friends and no sense of direction in his life until he meets Patrick (Ezra Miller) in his shop class.

The film shows off Charlie’s new group of friends and all of the crazy antics they get into through the school year. From school dances and parties to a dramatic tunnel scene, the film will make you want to drive down the road at night with your closest friends screaming the lyrics to a David Bowie song.

One of the most noticeable things about this movie is the soundtrack. It features songs such as “Heroes” by David Bowie and “Asleep” by The Smiths. The entire soundtrack is essentially the perfect playlist for the coming of age movie that everyone was searching for this past summer. It makes you feel like you should be running around town causing trouble with your friends, which is a rare feeling to have these days.

Part of the reason why this movie is perfect for this time of year is that it eases into the holiday season without overwhelming you with Christmas trees and shiny gift wrap. There is a vital scene in the film that involves a secret Santa exchange and some very heartfelt conversation, but it doesn’t shove the idea of Christmas down your throat.

Overall, if you’re looking for something to watch that is mildly festive and will make you feel like your quarantine life is more exciting than it really is, this movie is definitely for you. Even if you’ve already seen it, it’s always a great movie to rewatch because there are some deeply emotional moments that can give you a little extra drama and excitement in your life. “The Perks of Being a Wallflower” is currently available to watch on Netflix.