Groovy Movies: What do you wish for?

Despite it's many, many issues, "Wonder Woman 1984" is worth a watch for its strong female lead 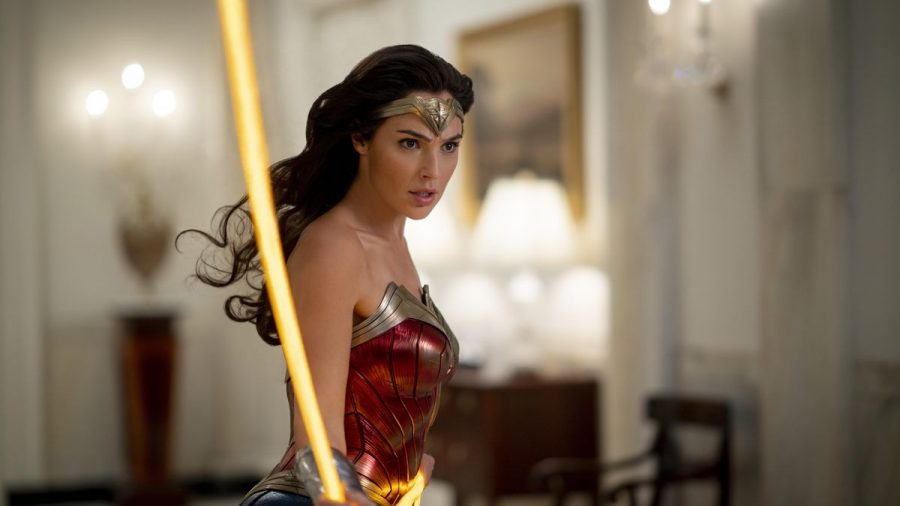 "Wonder Woman 1984," directed by Patty Jenkins, was released on December 25, 2020. This movie is based on the original Wonder Woman film, with actress Gal Gadot playing the lead.

Over the holidays, the newest film in the DCEU (DC Extended Universe) hit theaters and HBOMax for all to enjoy. I got to watch all 2 hours and 34 minutes of “Wonder Woman 1984” with my dad and my brother, so there were certainly a lot more comments from the peanut gallery than I’m used to, but those comments turned out to be the best part of the whole experience.

There was a lot of excitement surrounding this film for me. I have been looking forward to it since the first Wonder Woman movie came out in 2017, especially because I’ve loved superhero films since I was little and seeing a strong woman on screen has always been exciting. All that being said, I was disappointed by “Wonder Woman 1984” for a lot of reasons.

The way that the characters and plot are introduced is kind of cringe-worthy, and most of the events that deeply impact the characters are really small. For example, most of Barbara Minerva’s character surrounds a pair of shoes that Dianna Prince wears for all of 2 minutes. Not to mention the fact that the wishing stone is barely explained, and the things about it that are explained end up contradicting themselves a million times. Along with those problems, there’s also a bit of historical wish wash that makes no sense, like how Steve Trevor, a pilot from 1918, knew how to fly a 1984 fighter jet.

The wishing stone is one of the worst parts of this movie. It’s never explained exactly how it works, and viewers only get a small idea of its rules more than halfway through the movie, which makes it incredibly hard to follow. Even after watching this movie twice, I’m still totally confused about the rules of the stone, not to mention the fact that the laws of the stone break themselves more than once.

Another thing that made no sense (head’s up: spoilers ahead) is how Max Lord becomes the stone. As he is acting as the stone, the more wishes he gets the more powerful he gets, but at the same time every new wish makes him fall apart even more. On top of that debacle, Lord has an intense relationship with his son that I wish was explained more in depth. His son lives with his mom most of the time, and we hear about how his mom doesn’t seem very responsible, but I wanted to see more of that relationship.

On the opposite side of the spectrum there were some things that were explained too much. Barbara’s constant need to be cool seemed a little overplayed, and Diana seemed to sulk a little bit too much about Steve not being around. Steve died in 1918, meaning that it has been 66 years since his passing and Diana couldn’t manage to get over him.

All in all, I still recommend that you watch “Wonder Woman 1984.” It has a lot of issues, but it can still be an enjoyable movie. And if you can’t enjoy the story or the characters, you can at least watch it and laugh at how bad it turned out to be.

“Wonder Woman 1984” is streaming on HBOMax until January 24.