The heartbeat of democracy 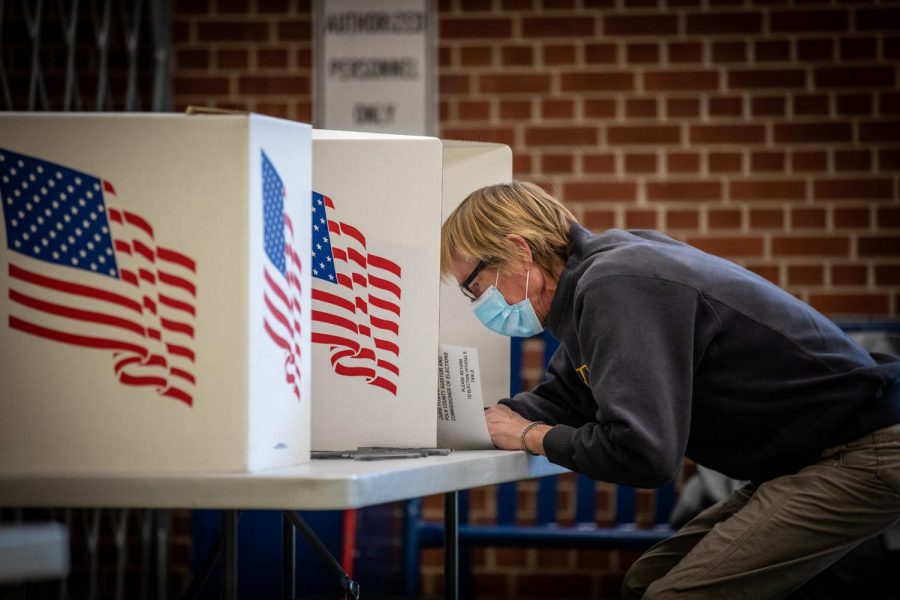 Voters in Des Moines precincts 43, 61 and 62 cast their ballots at Roosevelt High School on November 3. Poll workers around the country, including in McHenry County, helped ensure that Election Day go more smoothly than many expected.

Election Day is the most widely and arguably important time of the year for millions of Americans around the nation. The time that changes the course of the country for the next four years and a time that makes every American yield a decision that could alter the history of the world for generations to come.

This past election, many people know the major parts of the election process, the Electoral College, early voting, mail-in voting and the key “swing states.” All of these play a crucial role in who we elect as president and how but what many Americans don’t fully understand is the role of an Election Judge.

Election Judges all across America play the largest role in making sure every polling place runs smoothly and efficiently so states can declare the winning candidate as soon as possible. They also make sure every ballot is accounted for and delivered to the counting place in a time efficient manner.

In recent years, young Election Judges are few and far between as a majority of all Judges are middle-aged to ederly people. However, even though there are a low number of young new judges, becoming a judge can still provide valuable life skills and knowledge for those who work Election Day. The Election Judge works at designated polling places, to give ballots to voters and to make sure every vote is counted during the election. They work from 5 a.m. to 7 p.m. with a $140 compensation.

But, the experience is more than just the money, as an Election Judge myself, I’ve become informed as to how the election process works and I’ve gained a deeper understanding on why voting is so important. These important life lessons aren’t difficult to acquire either, especially when signing up to become a judge is so easy. Anyone is eligible to become one, even students who are unable to vote.

A couple students from West Campus were election judges on November 3. One such student was Matt Sikora, a junior who worked at Faith Presbyterian Church on W. Lincoln Road. I interviewed Matt to get his thoughts on the overall process and ask him what his motivation was for becoming a Judge. Matt stated he intends on attending United States Air Force Academy in Denver, CO, and by becoming a judge he says, “doing this shows that I am supporting them (the government)” in order to get letters of recommendation from government representatives and senators.

The overall experience was good and Matt says he would recommend doing this again because, “anyone would benefit from becoming a judge … it gives me a sense that I’m giving back to my country and it feels good to help others.”

I also worked as an Election Judge, helping out the McHenry City Hall. The people I worked with on Election Day were fantastic people with differing and sometimes opposite views than mine. But since becoming a judge I learned to appreciate others views and I’ve learned to work with people you may not always agree with.

The experience of being an Election Judge, provides students and adults with the experience to work outside of your comfort zone, play a key role in the nations election process, learn the ins and outs of the process, and help the community of McHenry cast their ballots during the most crucial time of the Nation.

Now that the election is over and Joe Biden has become the President-elect, the people of the United States will face a new time and era for our nation, which only runs proficiently on the effectiveness of democracy, the heart of which lies on the Election Day.