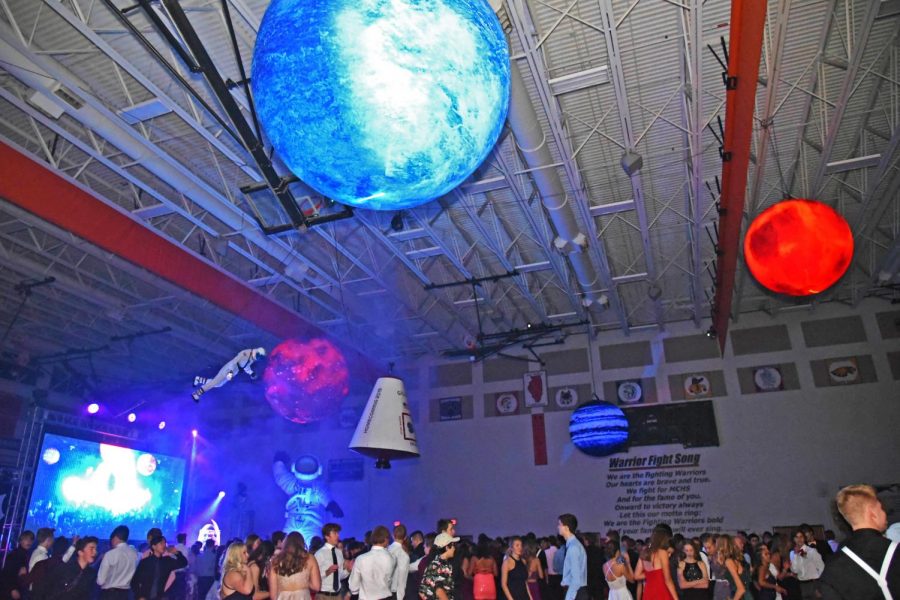 Record numbers of students packed West Campus's gym for during this year's Homecoming dance on October 12.

The dance, which took place on October 12, brought plenty of students into West’s gym—so many, in fact, that tickets sold out, according West student council vice president Grace Markovitz.

Student Council sold tickets during lunch periods throughout Homecoming week leading up to the dance, and, by Friday, the first 1,500 were sold. Extra tickets were released to students but, to student council’s surprise, these sold out as well. “Kids were walking in without a ticket because we ran out,” Markovitz said.

Planning for such a large event is no small feat, and Markovitz clarified that the process took months. Student council is only given a limited budget to work with each year, but factors like the DJ bringing his own decorations helped. West’s student council met with East’s leading up to Homecoming to collaborate and make decisions about how to spend money.

As the more students who come to school sponsored events, the more money is allotted for future events.

Still, many speculate about why this year’s Homecoming dance was so popular. According to Markovitz, it’s because of the theme.

“I think the theme [Across the Galaxy] was more universal this year,” she said, “so it was more likable.”

Another reason this year was such a success was an increased number of visitors from other schools. Instead of dates from East or West, many students brought friends from surrounding areas.

“We tried to make the themes inclusive,” Markovitz said. “We wanted people to be able to participate without going and buying something.”

The effort paid off for Markovitz and both West’s and East’s student council, who look forward to drawing more students to upcoming events this school year.