The McHenry Messenger • May 15, 2021 • https://themchenrymessenger.com/honed-to-perfection/

The new “Demon Slayer” movie will have fans of the anime franchise gasping, cheering and crying in theatres 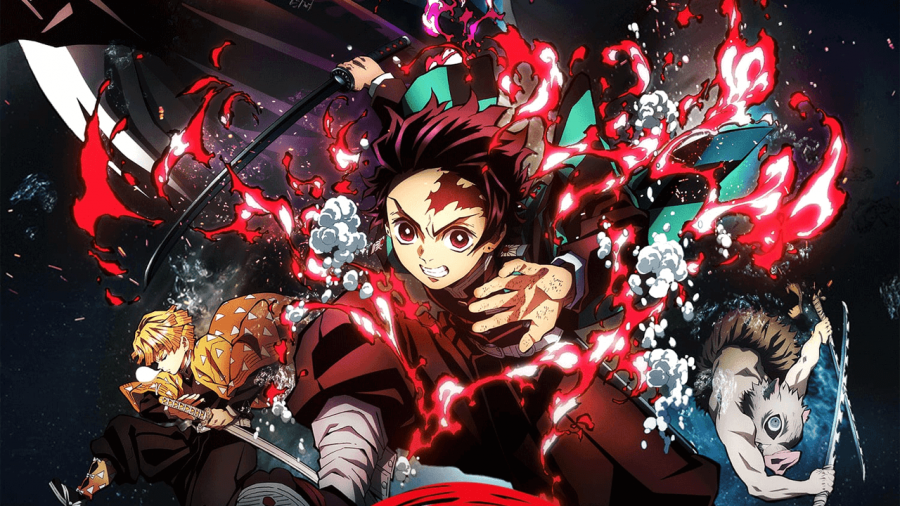 Released on April 23, “Demon Slayer—Kimetsu no Yaiba—The Movie: Mugen Train” has become the highest-grossing Japanese film in history, likely due to its action-packed plot and its gorgeous artwork.

“Demon Slayer” is a well known show among the anime community, so it’s no surprise that so many people have enjoyed the movie “Demon Slayer—Kimetsu no Yaiba—The Movie: Mugen Train.” The art style and animation are absolutely gorgeous, particularly the wooded scenes and snowy scenes from main character Tanjiro’s past.

In the beginning of the movie Kagaya Ubuyashiki, the 97th leader of the Demon Slayer Corps, walks with Aname, his wife who helps him along past the graves of previous demon slayers who has been lost to demons. Looking back on this scene, it basically hints at Rengoku’s death later on in the movie. The main characters ended up on the train and going straight to a funny scene of Rengoku continuously repeating “Delicious!” because he had eaten more than a dozen boxes of food. There were definitely people laughing over this in the theaters -— it was pretty funny.

Later, two demons show themselves in two train cars, which made them all alert. Rengoku ended up killing both of them with his flame breathing style. The animation and sound effects were incredible when both times happened. The lighting and smooth animation when Rengoku killed the demons will definitely get viewers’ heart pumping, and the sound effects made it infinitely better especially in the theater’s having surround sound.

Rengoku wakes up from a deep sleep that he is sent into because of the demon and slices up the demon’s fleshy tentacles through two cars. The fire animation was absolutely stunning, its brightness sticking out because of the low lighting around from the trees and the darkness of the night and the train. The sound during this scene had a nice boom to it in the bass.

Rengoku ends up fighting an upper-ranked demon who serves the demon lord. During the fight, there’s clashes of red and orange from Rengoku’s fire and blue and purple from the demon’s art skill, and it is gorgeous to see how they made everything stand out during the fight while also getting audiences’ hearts racing.

The last scene between Tanjiro and Rengoku when Rengoku was heart-wrenching, and Rengoku’s last moments silenced the entire theatre — other than some sniffing and crying.

This movie definitely was spectacular and it was worth going to see in theaters.