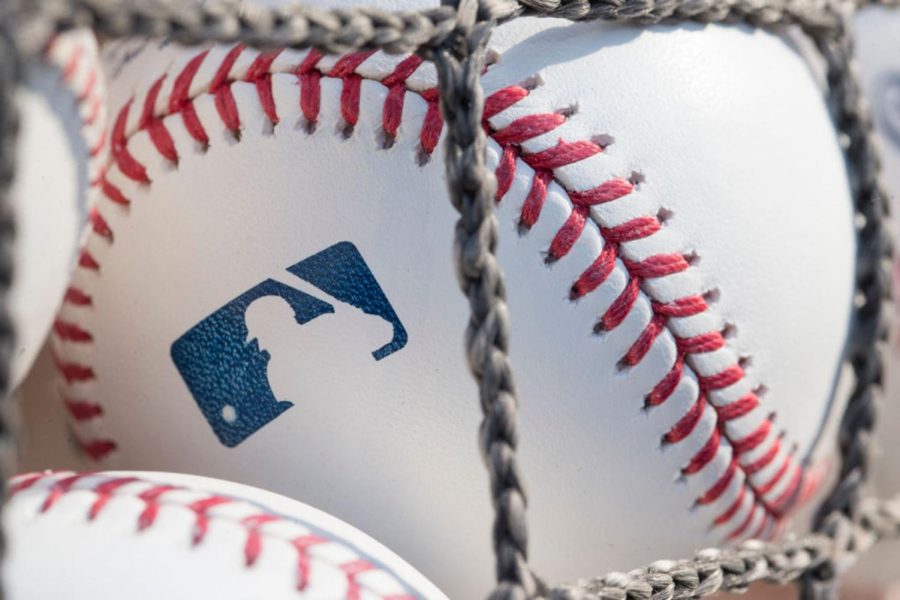 A baseball with MLB logo is seen at Citizens Bank Park before a game between the Washington Nationals and Philadelphia Phillies on June 28, 2018 in Philadelphia, Pennsylvania.

A baseball fan sits down to watch the latest news on the 2021-2022 MLB lockout, disappointed that spring training and Opening Day for the MLB season has been delayed. He then realizes that it is out of his control and that baseball will be played this year.

The lockout happened because the document that governs baseball, a five year collective bargaining agreement between the owners of the 30 MLB clubs and the players expired.

The MLB commissioner’s office has now had to cancel Opening Day games in the MLB and the first two season series. MLB commissioner Rob Manfred is very disappointed that he has had to cancel regular season games, but he is hopeful that the player’s association and the owners of the clubs will come to an agreement to start the season soon.

According to CBS Sports, Manfred said, “We worked hard to avoid an outcome that’s bad for our fans, bad for our players, and bad for our clubs. I want to assure our fans that our failure to reach an agreement was not due to the lack of effort by either party. The players came here for nine days. They worked hard, they tried to make a deal and I appreciate their effort. Our committee of club representatives committed to the process. They offered compromise after compromise and hung in past the deadline to make sure that we exhausted every possibility of reaching an agreement before the cancellation of games.”

The commissioner and owners are not the only people who are upset by the lockout, some of the players are angry that something was not done sooner to prevent the lockout because they lost pay after every regular season game. New York Mets pitcher Max Scherzer is worried about how other players who make less money than him will suffer from not getting paid because of the lockout.

According to the New York Times.com, Scherzer said, “It’s not about me; it’s about everyone else. And I’ve seen what happens to the other guys, and I’m willing to fight for those guys, and willing to sacrifice my salary to make sure that they can make the most of what they can.”

The baseball fan turns off the TV, feeling frustrated that the season has stalled, understanding that the players are fighting for what they are owed and that managers are working hard to resolve the issue. The MLB season will begin at some point, but just may take a little more time.