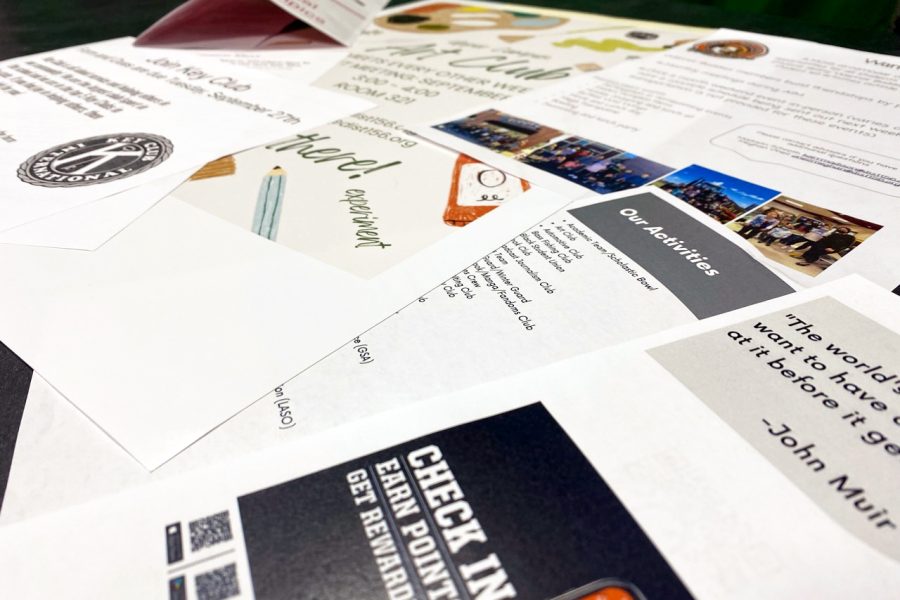 Students handed out brochures and pamphlets during the Upper Campus Activities Fair during lunch on Sep. 21. Two new clubs are piloting this year, and several have been promoted from pilot to extracurricular.

Molara Fashola, a junior who had the idea of piloting the Black Student Union club explained, “I created this club in hopes to create a safe space for our students, also a place to cultivate open minds, and educate the ignorant.”

Black Student Union plans on partnering with LASO and other student bodies in hopes of bringing MCHS together.

Warrior Wellness is a club to create a safe place and raise awareness about the mental health of students.

Maura Reid, the preventional wellness coordinator says, “[The purpose is] to raise awareness [about] mental health or substance concerns somebody might have for themselves or someone else, how to get help, but also to reduce the stigma.” She said, “It’s okay to not be okay. We really want people to get help if they need to and reach out and to know it’s okay to do that.”

The number of kids who have joined extracurriculars during the midst of COVID-19 were a lot lower than previous years, and the staff hopes that with piloted and new extracurriculars, numbers will rise.

“To have a successful four years, participate in something, you’re probably going to be more successful,” says Assistant Principal of Student Life Greg Eiserman. “Another venue that we can get kids and students connected to our school and our staff and to each other is through activities.”

According to an article titled “The Benefits of Participating in Extracurricular Activities,” students who join extracurriculars tend to have higher levels of self-confidence and self-worth.

Eiserman states, “There’s always been strong academic research about the idea of connection to school and success in the classroom.”