Opinion: Your offensive language may hurt someone else

Be aware of the ripple effect of using a racial slur or making an offensive joke, and then make a better choice 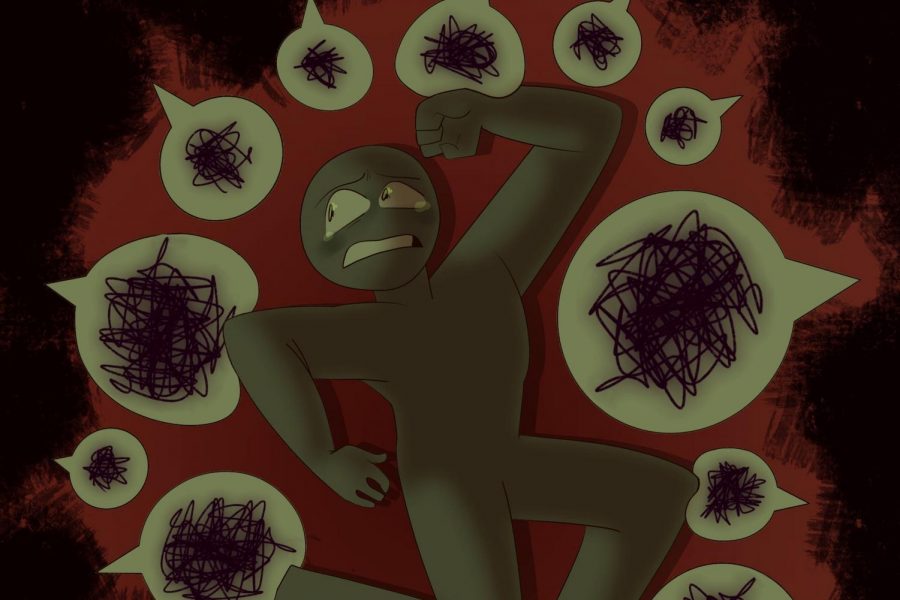 Many students know first-hand the pain caused by hearing a homophobic or racial slur in the hallways, even when it is not directed at them or someone they care about.

As an MCHS student walks to their first class of the day, they take out their earbuds and listen in on different conversations throughout that hall. They notice fellow peers swearing at each other, dropping the n-word, and using other profane words. These students may be joking around, but they might not be aware of how the words they’re using are impacting others around them.

One of the biggest problems MCHS faces is the use of racial and homophobic slurs. Due to the fact that there aren’t as many students of color in either building, students think that they can use n-word towards their friends. These students use the excuse of “the pass,” saying that their black friend said they were allowed to say racial slurs…but should they?

The answer is no. Using racial slurs, even with “permission” from a friend, is wrong.

For hundreds of years, one of these slurs, the n-word, was a way for white people to dehumanize African Americans. Now that it’s the 21-century, some consider it “okay” because it doesn’t mean the same thing. Even though it’s a different time, even though those events took place hundreds of years ago, the meaning and impact of the word hasn’t changed, and shouldn’t be said by white students or—any students for that matter. Students of color shouldn’t encourage friends to use racial slurs, and the white population of the school shouldn’t be using that word because its “cool” because it’s really not, and when using those words, you could be impacting students of color.

Students such as Haden Lucas are one of the many students affected by the use of racial slurs around the school. “It’s frustrating because it’s disrespectful and annoying that kids think they can just say those [slurs],” says Lucas. “This is something that students need to be taught, because they aren’t going to learn anything if they aren’t taught.”

Another issue around our school is the use of homophobic slurs against the LGBTQ+ community. When students use words such as f-g or d–e, or phrases such as “that’s gay,” they instantly think of it as a joke, but that isn’t necessarily the case. Students such as Noah Koch, who is the co-president of the Gender and Sexuality Alliance (GSA), is one of the many students impacted by homophobic slurs. “It’s scary that people don’t realize how much weight these words carry,” says Koch.

According to the Child Mind Institute, teens who are LGBTQ+ are four-times more likely to commit suicide due to bullying and things such as slurs. “People use them really lightly as a joke, but they don’t understand what it’s like to be on the receiving end of it,” says Koch. “I wish people would realize that even though for some it’s ‘just a word’ and ‘not a big deal’, it actually carries a lot more history and pain than people realize.”

The constant use of these slurs, and overly used profanity, impacts the school as a whole and makes it look bad and careless. Using friends or “white privilege” (the idea that being white allows you to say anything you want), as an excuse to use these words and phrases is wrong and should be stopped. Students should be educated more on this topic going into high school, and if teachers hear it, they should take action rather than just ignore it and let it fly by. Along with this idea of being more educated on the idea of slurs, students should be aware of what they say, because they never know who they could hurt.