The McHenry Messenger • May 8, 2020 • https://themchenrymessenger.com/open-up/

Opinion: It’s time to open up 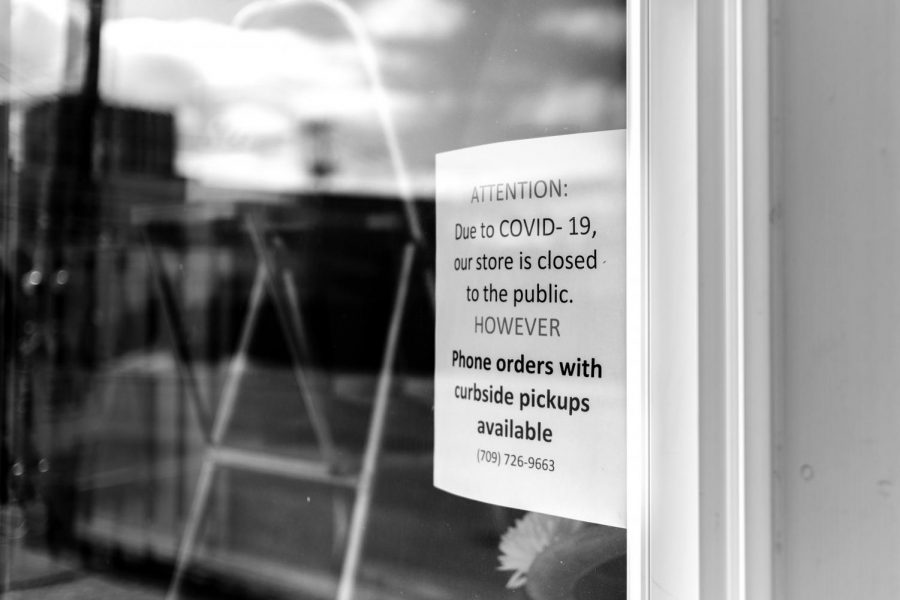 While many businesses in the state of Illinois remain closed due to Governor Pritzker's shelter-in-place order, others have found a way to remain open by offering delivery or curbside pickup. But how long can the economy wait to re-open?

There is no denying the huge impact that COVID-19 has made on the world especially in the United States, and even more narrowly on New York. Hundreds of thousands of people have been diagnosed, and millions have been affected. In Illinois, there are nearly 50,000 confirmed cases, and over 2,000 confirmed deaths, which is about 4 percent. When there are nearly 13 million residents in the state of Illinois, that percentage is even lower.

The guidelines that have been set to keep people safe have been working, and it’s important that Illinois does not move too quickly in the process of opening back up in fear of a spike in cases. However, the closing of non-essential businesses has left the majority of Americans without a paycheck due to being furloughed or fired due to loss of business revenue and lack of work. In fact, according to U.S. News, “initial unemployment claims have topped 33 million, as 21 percent of Americans who had a job in February have since filed for government support.”

So, with public health guidelines and precautionary measures, non-essential businesses should slowly start to be reopened in order for these Americans to continue to receive an income and support themselves and their families.

On May 5, 2020, Illinois Governor J.B. Pritzker announced a 5-phase plan to begin to re-open the state. The stay-at-home order is still set until May 30. The plan is called “Restore Illinois” and will operate on a region-by-region basis.

“Restore Illinois is a public health plan to safely reintroduce the parts of our lives that have been put on hold in our fight against COVID-19,” Pritzker said. “This is also a data-driven plan that operates on a region-by-region basis, a recognition that reality on the ground looks different in different areas of our state.”

The five phases include rapid spread, flattening, recovery, revitalization, and Illinois restored. Many regions of the state are already in phase two as of early May. The next step that we are expected to see includes gatherings of 10 or fewer people allowed, as well as various businesses such as manufacturing, offices, retail, barbershops, and salons with capacity and other limits and safety precautions.

Opening Illinois’s economy will lift a huge weight off of so many people’s shoulders. Though this leaves insecurity and fear amongst those who are very vulnerable to the virus or have people close to them who are more impressionable, these people should protect themselves and do what is best for their own well-being, whether this means to continue to self-isolate or whatever else despite the restrictions being lifted off of businesses in order to keep themselves safe.

As restrictions are lifted, people will still continue to practice safe social-distancing and follow the CDC guidelines put in place until further notice, as much as possible. If all of a sudden everyone tries to go back to “normal,” this will create a breeding ground for the virus to spread quickly and reverse the progress that has been made so far.

The stay-at-home order has gone on long enough. It is time to re-open the economy for the benefit of the working-class, mental health, and financial stability. Allowing people to go back to work would ease a lot of stress and tension in many households, which would alleviate overall well-being. Also, allowing people to see people outside of who they are stuck in quarantine with would benefit mental health, especially for extroverted people or people who find energy in being around others or have “safe” people they have been separated from for too long.

The 5-phase plan is a light at the end of the tunnel at this moment, and it is important that we continue on as we have been if not stronger to make it to the home plate. There are brighter days ahead, and everyone should be aware of everyone else and come together to create a future worth the wait.