The McHenry Messenger • May 11, 2022 • https://themchenrymessenger.com/opinion-elon-musk-buying-twitter-could-do-more-harm-than-good/

Musk says he is buying Twitter to protect democracy, but how will this effect the already conflicted platform? 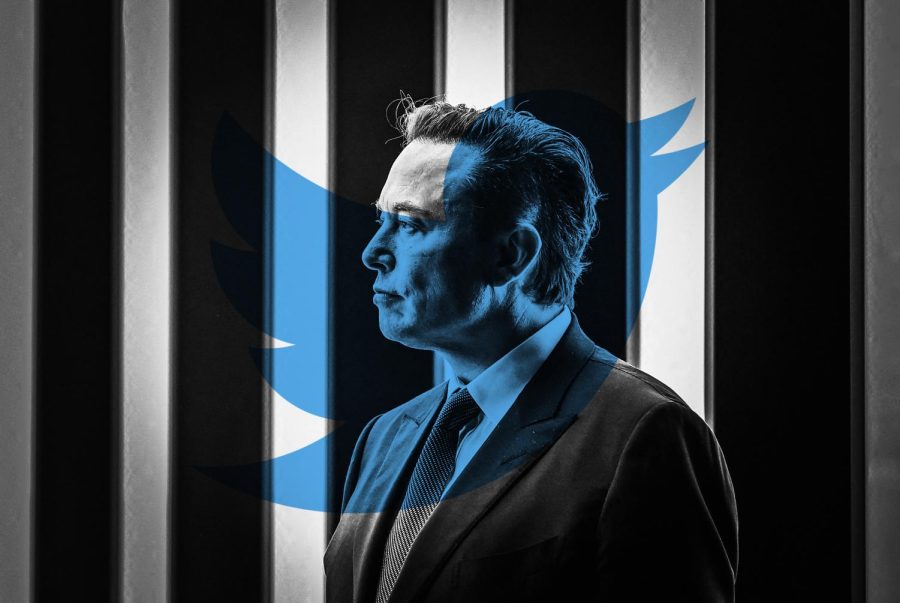 On April 25, Telsa CEO Elon Musk struck a deal to buy Twitter for around $44, causing many to wonder how the platform would change — and whether such a deal is ethical.

“Free speech is the bedrock of functioning democracy,” billionaire Elon Musk tweeted on Monday, April 25, the day Twitter announced his ownership of it, “and Twitter is the digital town square where matters vital to the future of humanity are debated.” But freedom of speech on a platform where politicians mainly express their ideas, and not only politicians but people filled with hate and discrimination could go downhill very fast.

On April 25, Twitter announced its decision to let Musk take ownership over its platform in exchange for roughly 44 billion dollars. The richest and most influential man on Earth can now say he owns one of the biggest social media platforms in the world, on top of being the CEO of Tesla and SpaceX.

Elon Musk is an avid Twitter user — and a controversial one at that. He has more than 83 million followers on the platform, and he has used it for a variety of purposes ranging from spreading misleading information to making offensive comments about politicians and transgender people. If Musk uses Twitter for harmful purposes, it is hard to doubt he won’t open the platform up for people to use it for similar purposes too.

In 2018 Musk came under investigation by the U.S. Securities and Exchange Commission for tweeting that he had secured funding at $420 per share to make Tesla private, in which the SEC charged him with securities fraud for spreading false information. In a TED conference earlier this month Musk claimed that he did in fact have the funding secured at the time of the tweet, but a court filing from a class-action lawsuit by shareholders against Musk said otherwise.

The court filing revealed that the judge on the case concluded that Musk knowingly made false statements about the funding at the time of the tweet, which is just one of the many reasons why Musk is notorious for trolling people on the internet.

People were unsure of what Twitter’s ultimate decision was going to be because of reasons like these, and because of their pre-decision implemented poison pill plan, yet the deal is expected to close this year. But what does this mean for Twitter? What can people expect to change?

Musk has repeatedly expressed that he wishes to open up Twitter’s platform to freedom of speech. With this prospect many industries have expressed concern that this could mean changing the community guidelines to be more lenient on hate speeches, misinformation, harassment, and other negative content. We shouldn’t expect less of a case from a man who uses the platform to do exactly that.

Twitter’s influence outsizes other social media platforms in the way of politics. It is used as a platform by many politicians, public figures, and journalists to freely express their ideas in a non harmful way. Some republican figures have expressed excitement about Musk’s new approach to managing Twitter because of their complaints that there has been a censorship of conservative voices by social media platforms.

Musk also noted that he would prefer “timeouts” over permanent bans when community guidelines are stepped over, which raises the possibility of Musk restoring Donald Trump’s Twitter account. A move like this could bring ramifications to the 2024 U.S. Presidential election, as it is observed that Trump’s tweets the day of the capital riots could have played a part in inciting them.

In response to the announcement of Musk’s ownership over Twitter, Derrick Johnson, president of the NAACP says, “Do not allow Twitter to become a petri dish for hate speech, or falsehoods that subvert our democracy.”

If the deal officially closes off between Twitter and Musk, people should brace themselves for changes that may not be in the best benefit of its community seeing as a lot of fault could arise if Musk decides to free up Twitter’s guidelines. Twitter could very well become a toxic place where people are verbally attacked for what they put out there.

The deal is currently pending approval from shareholders, and regulators, so it could be a while before we are all informed of Musk’s official plans for Twitter.