Is a video game created in 2013 really to blame for an entire city's recent crime problem? Can a single thing hold that much power? 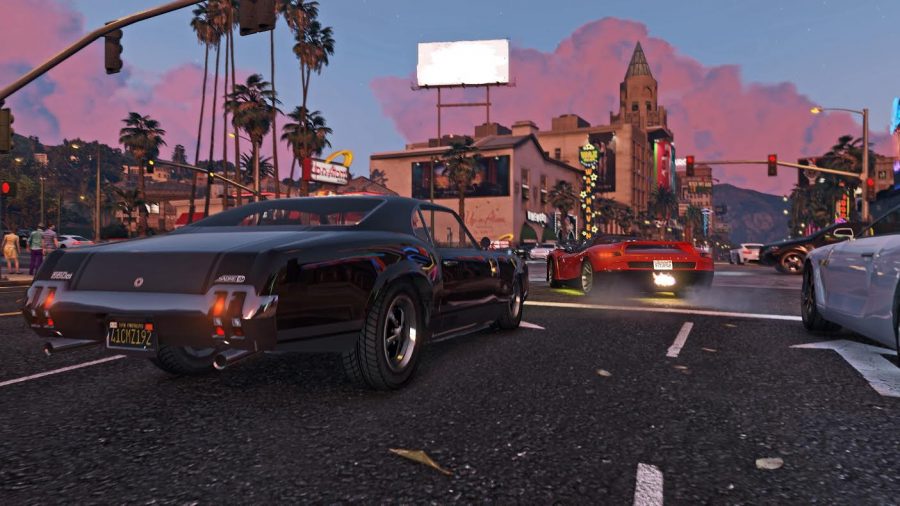 If Rep. Marcus C. Evans Jr. can blame "Grand Theft Auto" for society's problems, then it only makes sense to blame him for starting the pandemic. After all, was he wearing a mask at all before the state was placed on lockdown?

The pandemic has slowed, and it seems to me that Illinois Representative Marcus C. Evans Jr. (D-Ill. 33rd District) is getting bored. But, instead of watching movies, picking up a new hobby, scrolling through TikTok, or cooking dinner, Evans has decided to take “Grand Theft Auto V,” a video game released all the way back in 2013, to court.

The entire Grand Theft Auto franchise has consistently been a source of controversy throughout its 22 year existence. The games itself can be shocking, as players progress through different storylines filled with murder, sex, drugs, and financial greed — things that literally every novelist, filmmaker, playwriter, and tv show producer has dabbled with in to make their own texts interesting.

While it is arguable that the problem with the Grand Theft Auto franchise is that players are committing the acts themselves in-game, I ask anyone reading to think back on the last time you consumed a form of media and felt like you were really there. If you do in fact have an imagination, and can remember the last time you were personally invested in a storyline not of your own, Evans Jr. has stated that he will personally float down from his high horse in heaven to slap you on the wrist for your crimes.

I digress; maybe Evans is right. After all, he’s a smart man, and he’s been working as an Illinois State Representative since 2012 — a year before GTA V came out. He seems to know Chicago well, and care about its constituents. So, when Evans Jr. noticed that Chicago has seen a recent surge in carjackings this past summer, all he had to do was connect the dots and examine his nonexistent data that virtual violence leads to real-world violence.

As someone who had no personal experience with the game before quarantine, I can testify that the game is completely not what I expected it to be. I imagined for it to play out something like what Evans probably thinks it does: I steal millions of dollars from the silly little bankers on Wall Street, I snort my silly little lines of a toilet seat, and I carjack my silly little luxury vehicles I stole from the houses on Main Street.

But, that’s not what GTA is about. It is not glamorizing the situations within the game, it is not saying that the decisions made within the game are okay, and it sure isn’t describing the characters you can play as “okay” people. As I made my way through the game, I was completely taken aback that the game contained both satire and irony about itself and the situations it lead me to. It was a game within a game; an opportunity to poke fun at the people held within it, but build connections to them at the same time. To understand that the people you are viewing are problematic, and have their own faults, and are living a life that is completely unattainable.

But, for the moment, they are offering a glimpse into their world, and during a time like quarantine where every single day is the same, that is an adventure I’m willing to go on. Not because I want to take my pixelated crimes into the real world, but because I understand that these crimes are just that; pixels.