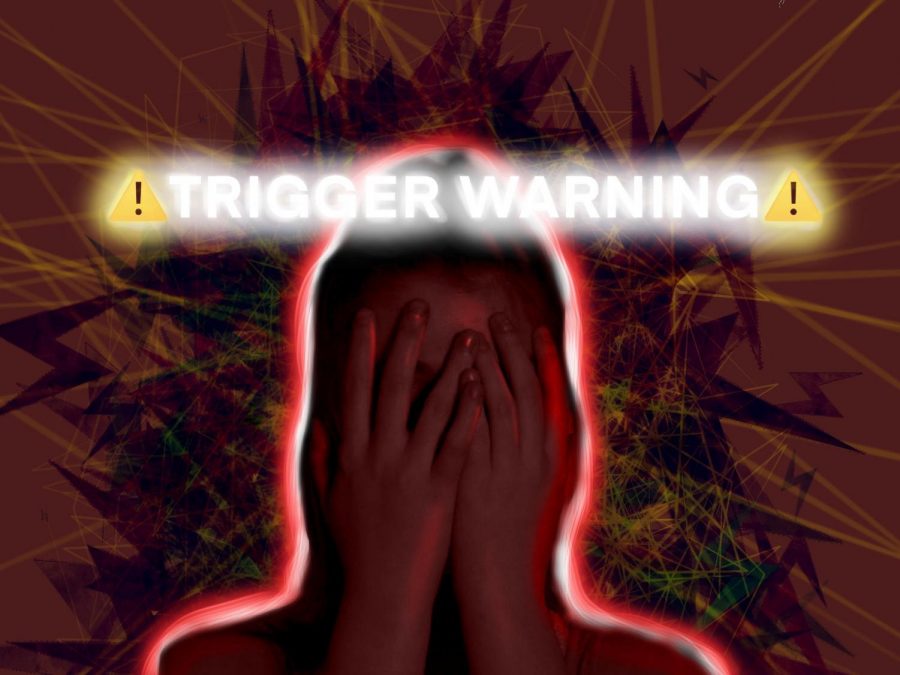 With the diverse content that can be found on the internet, there comes an increasing need for Trigger warnings to warn viewers of content that may trigger bad reactions.

TW: Mentions of self harm and suicidal thoughts

Scrolling through TikTok at 3 a.m., a student goes from laughing to terror in the span of seconds. Their hands shake, but they are not able to scroll past the video as their mind races through all of the mistakes that they have made. Their breathing picks up speed as they struggle keeping up with their racing thoughts. This is the reality many people face when they meet one of their triggers, and this is why trigger warnings are so important.

Trigger warnings are disclaimers at the beginning of videos, writing, or any piece of media to warn the viewer that the media can be potentially distressing. This is to help prevent someone from being triggered by the material sending them into a panic attack, cause them to relive a traumatic event, or even fall back into an old dangerous or bad habit.

The benefits of trigger warnings definitely outweigh the drawbacks. All trigger warnings are easy to put on media that are common triggers, including eating disorders or self-harm. If a person were to post a TikTok discussing self harming it can cause someone who has not self-harmed in years to relapse into that very dangerous habit. This is because they saw content revolving around something that triggers them and it puts them back into that dangerous state of mind.

People who have triggers for their anxiety, they are told by people to “avoid things that will trigger it.” But people cannot avoid what will trigger them if they are not told what certain media will contain. This makes avoiding triggers lots harder than it needs to be.

There are trigger warnings put on media that have flashing lights for people with epilepsy, or different conditions that can be triggered by flashing lights. This same energy can be used to help people with different triggers. Mental illnesses are just as hard to deal with as physical illnesses, and should be treated with the same care.