The McHenry Messenger • May 9, 2022 • https://themchenrymessenger.com/opinion-its-time-to-question-coachellas-charm/

Coachella is a beloved music festival in the Southern California desert, but it is the price of going really worth it? 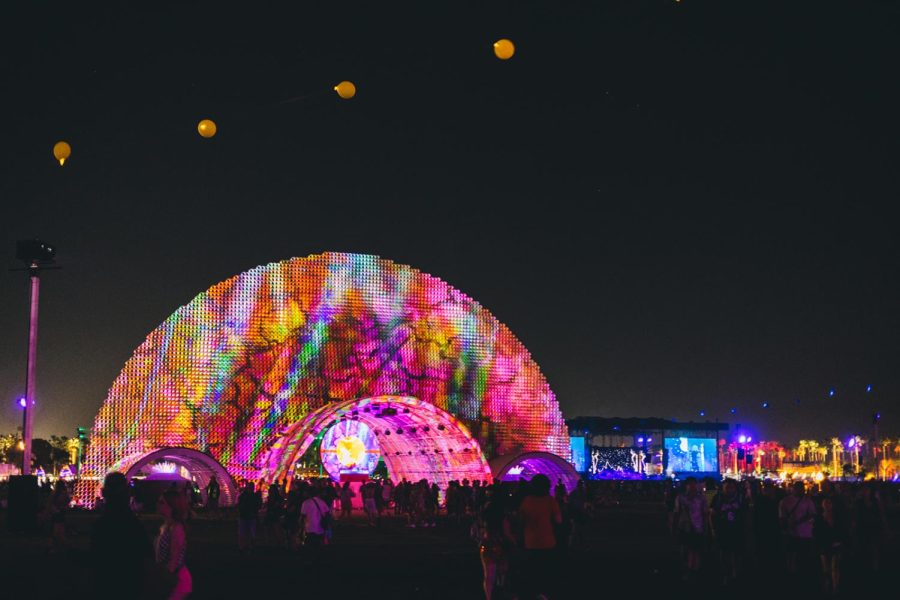 Loud music fills the crowd members’ ears as they gaze up through the blinding lights at the artist they paid to see. Sweat, and too many people out in the California sun. $500 spent in order to see a 90 minute set in blaring heat.

Coachella is a staple of the Festival scene, but it doesn’t deserve the hype it gets due to all the controversial things the owner does and continues to do.

Coachella originally started in 1999 as a two day festival and even when it failed to turn profit that year, it still managed to become one of the most well known festivals. Year after year it comes back, attracting more and more people with varying artists and genres. Around 125,000 people attend the festival daily, and there are 6 days over the course of 2 three-day weekends.

Despite this massive popularity there are many controversial things that the Board Chairman of AEG (the company who runs Coachella) has done. Philip Anschutz, Board Chairman of AEG, as well as the overseer of Goldenvoice, has donated hundreds of thousands of dollars toward anti-LGBT organizations, as well as far right winged organizations. This directly goes against the views of many Coachella go-ers, not only the people who attend, but many of the performers as well. Artists who are open about being LGBT, like Hayley Kiyoko and Girl In Red, have been invited and have performed at this event.

Not only has the organizer donated to anti-LGBT organizations, but there are claims of large amounts of sexual harrassment as well as sexual assult within this festival. Majority of women who attend this festival experience some form of unwanted sexual attention. Even if the outfits that they are wearing to Coachella were next to nothing, it does not excuse the amount of women that come forward about their negative experiences at this festival.

Coachella is a beloved festival by many, but only people who can afford it can go. Even just for general admission, tickets are almost $500. These tickets are overpriced, especially when the organizer can afford to donate hundreds of thousands of dollars to bigoted organizations. The tickets for Coachella are very expensive, just to watch live music and be out in desert heat.

Some people think that just going to Coachella to say that they’ve gone to Coachella is worth it. Though, live music and festivals could be found in better locations and for a lower price. Not to mention that if someone goes to Coachella they could be potentially giving their money, though indirectly) to discriminatory organizations.

Coachella is meant to be a fun experience but the over priced tickets, along with the many sexual harrassment that happen annually at Coachella is going through a weekend of blaring heat worth it? Many might say it is, but There are still many things that the owner has done wrong and still continues to do wrong now. All in all Coachella is not worth all of the hype it gets.