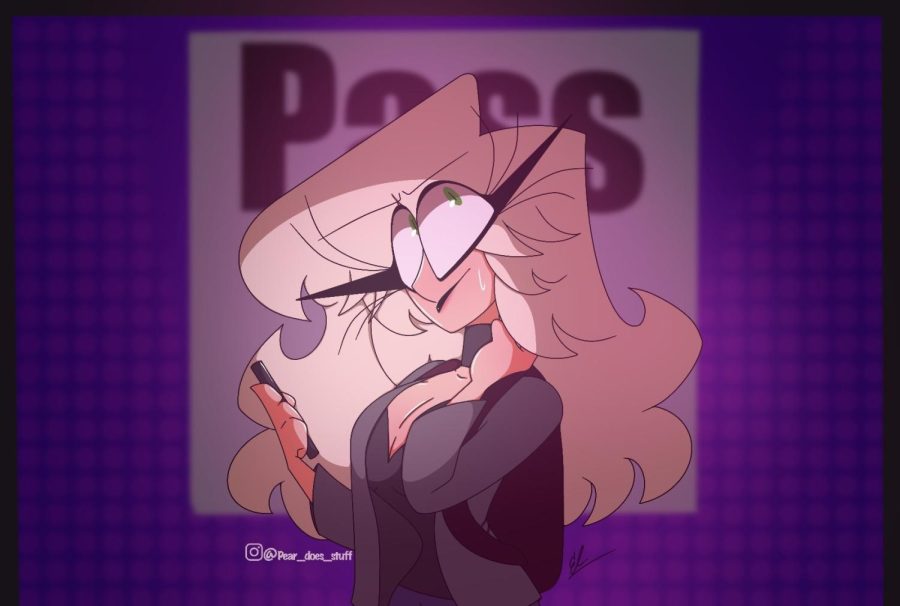 Though digital apps like My Homework and Minga are designed to help students and staff, many have found the transition confusing and unhelpful — and a possible breach of privacy.

It’s the first day back to school at MCHS and students are going into lunch. There are students on a staircase, shoulder to shoulder. It’s stressful, cramped, and loud.  Later, a student in class realizes they need to go to the bathroom, but they better hurry up because they’re being timed.

This is the school environment at MCHS after the introduction of Minga and MyHomework — controlling and unnecessary apps that are an overcorrection that is causing more harm than good.

Lunch periods on the first day of school were a chaotic and claustrophobic nightmare for all involved. With the introduction of digital IDs through Minga — and a new policy requiring students to show the digital ID to get into lunch — hundreds of students were packed onto the main staircase and slowly ushered in by lunch security staff one by one. Pictures taken on the day of are concerning to say the least.

“On the first day, it was really bad because there was no sense of direction or organization at all,” junior Hannah Covalt said. “We were all just crammed into that stairwell and they didn’t seem to care about it at all.”

Thankfully it is no longer required to show your digital ID to go to lunch. However, another problem is still present through MyHomework, the school’s new digital pass system.

In reaction to the extreme number of class cuts, administration introduced a new system of requesting hall passes through the MyHomework application. Although the motivation behind its implementation is good, the execution has caused unrest amongst the student population.

As a result, students are avoiding MyHomework altogether and opting to rush the restrooms during passing periods. This, along with the overcrowding on the first day of school, creates situations that put students at risk of contracting COVID 19 and may contradict the schools goals of putting the students first. Additionally, the new system and its consequences disregard students with social anxiety, and other mental illnesses that may make them more sensitive to crowded and tight spaces.

Students are understandably frustrated that they are limited with the amount of passes they can have in a week. At first, a student was allowed only 10 passes per week with a time limit, though administration has announced the number of passes will be changed. If a student is out for too long, security will be notified and they could get in trouble. Having a limit on the amount of times someone can go to the bathroom in a week — let alone having a time limit on how long someone can use the bathroom — is not only ridiculous, but does not consider the needs of all students.

“I could be having an emergency and I could be in the bathroom for 10 minutes and they could be like ‘why were you in this bathroom for that long?’” junior Paulina Borowski says. “Why do you want to know? That’s my business.”

“Imagine I, as a female, get my period in white wash jeans,” Covalt adds. “You want me to walk up to the front of the class, ask if I can request a pass from MyHomework, and then go to the bathroom?”

Many students say that the limit on time and amount of passes are inconsiderate and collecting data using the online pass system may be an invasion of privacy. “There are some students saying that, some on social media saying that,” Mr. Eiserman, assistant principal, commented. “I don’t think all 1,600 students are thinking putting something on your Chromebook or phone is that invasive.”

For some teachers, these apps have been helpful.  After all, the purpose behind the new systems is to prevent cutting classes and make the school work more efficiently. Frau Annette Folden, a German teacher, stated, “I like that it times you, so I don’t have to worry about [students cutting class].” she added that she feels like it makes things more efficient.

The idea behind using Minga and MyHomework is not inherently bad. Class cuts are an issue, yes, but these systems do not consider the students using them or their needs. The next time a large change to the environment at MCHS is implemented, it should be integral that it is communicated properly and that students are considered in the decision. Hopefully through improved communication, the students point of view can be better considered and represented.