The McHenry Messenger • May 21, 2021 • https://themchenrymessenger.com/opinion-the-final-straw/

This year, MCHS decided to cancel first and second semester finals. They should make this change permanent — and cancel finals for good. 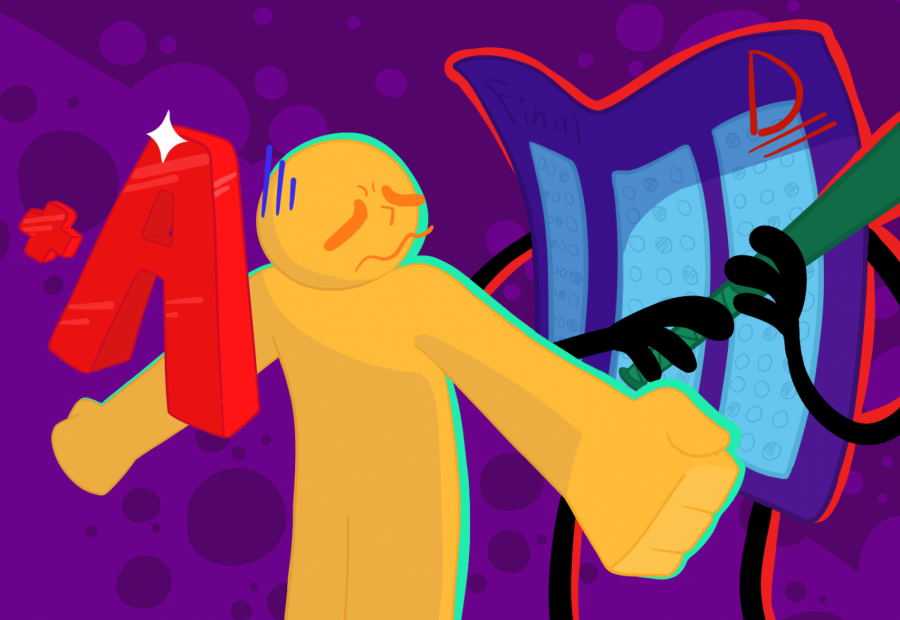 Over the years, finals have only caused more stress — and damaged final grades that students worked so hard for. Thankfully, MCHS cancelled this years' final — but will they eliminate them for good?

After a hard year of work, the last week of school should be for students to relax and enjoy the end of the year. However, the reality for most students will be cramming information late into the night on their second energy drink for finals. Students shouldn’t need to stress over tests that have no importance to them or their teachers.

Switching between both virtual and in-person learning has been very difficult for a handful of students. For this reason, the administration decided to cancel finals that would normally take place at the end of each semester. They should make this change permanent.

Like any test, finals bring most students an overwhelming amount of stress. Especially at the end of the year, when plenty are already going to be taking AP tests, or working on final projects. Students should be able to enjoy the last couple of weeks of the school year without having to worry about extra work on their plate.

Students already take plenty of unit tests to assess their level of understanding. If a student has been earning As and Bs throughout the year they are typically going to do well on the final. The same goes for the other way around, if a student is failing a course they will surely do poorly on the final as well. Why take a test for information your teacher likely already has?

Of course, taking the test to boost your grade would be reasonable, but if a student has been struggling with a course the whole year, how can you expect them to learn a semester’s worth of material in a week? Even if a student does well on the test, the final only accounts for 20% of the overall grade. Why waste hours preparing for a test that might only lift your grade by a few percentages?

Canceling finals forever wouldn’t be a problem for the school and would solve many for the students. After a long year of schoolwork, let’s allow students a stressless final week before they are sent off to winter and summer break.