Opinion: Women shouldn’t have to fear for their safety 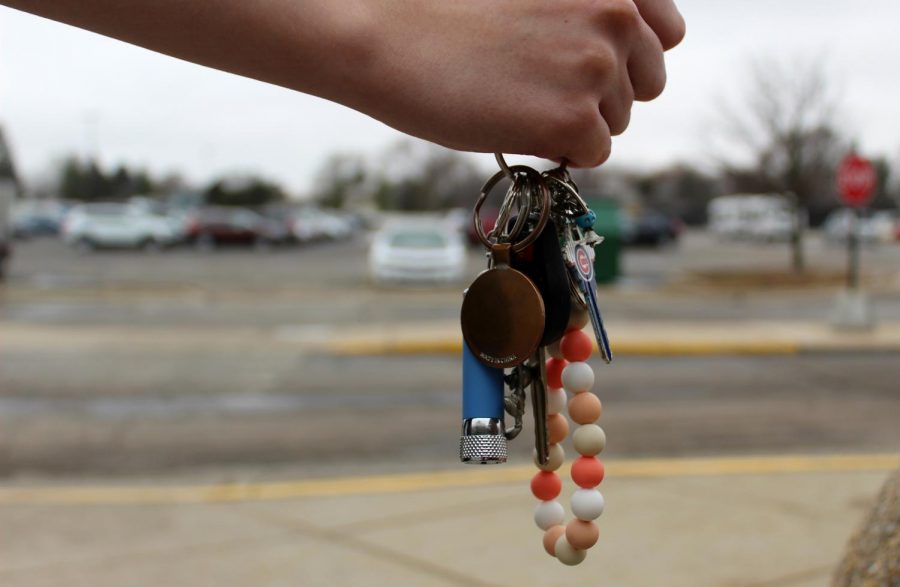 Women and girls feel as though its necessary to protect themselves while unaccompanied in public spaces, even turning to using their keys or other every day objects as protection.

A young woman walks through the parking lot after school, alone and afraid. Her keys are clenched tightly in her fist as she studies the area around her. As she approaches her car, she checks to be sure that there isn’t a new car parked next to her. She also checks under her car, making sure there is no one under it. This is a ritual for many women, whether it be after school or at a grocery store parking lot, due to fear that a man will harass or commit violence against them. This is the reality that so many women are facing, and no one should be experiencing it.

In 2018, a survey by an organization called Stop Street Harassment reported that over 81% of women state that they have been sexually harassed, and many reported things like being followed on the streets, approached by men, receiving unwanted sexual photos and many other scary events.

Women, now more than ever, feel the need to protect themselves when out and about, whether they are alone or with a group of people. The fact that women are constantly blamed for being harassed or assaulted is the result of them not being seen as equal to men. Starting from a young age the dress code disproportionately affects girls. Boy’s bad behavior is commonly excused because of their gender. Not facing consequences in these situations affects how boys treat women later in life.

Not only do women fear for themselves on the streets. This fear can even come up with family, friends, or people that they already know. Marissa Meyer, a sophomore at East Campus, experienced this fear in an incident with a family friend. “He started playing with my hair, which I didn’t really care about, but then he started to rub my shoulders so I got up and glared at him.” What seemed innocent at first quickly became an unpleasant situation that unfortunately many women find themselves in.

Some people say that the reason women get assaulted or harassed is because of the way they dress. Some common expressions that women hear are, “Did you see what she was wearing?” or “She’s asking for it.” Certain people say that women should dress how they want to be perceived, however this is harmful towards women who end up feeling that it’s their fault for being objectified.

Women are constantly treated poorly by society, and a majority of women, by the time they are 14, have been cat-called by someone on the streets. This has caused so many women to feel unsafe, and their voices need to be heard.