Opinion: PDA is OK — to an extent

Public displays of affection are common occurrences at MCHS, but how much is too much? 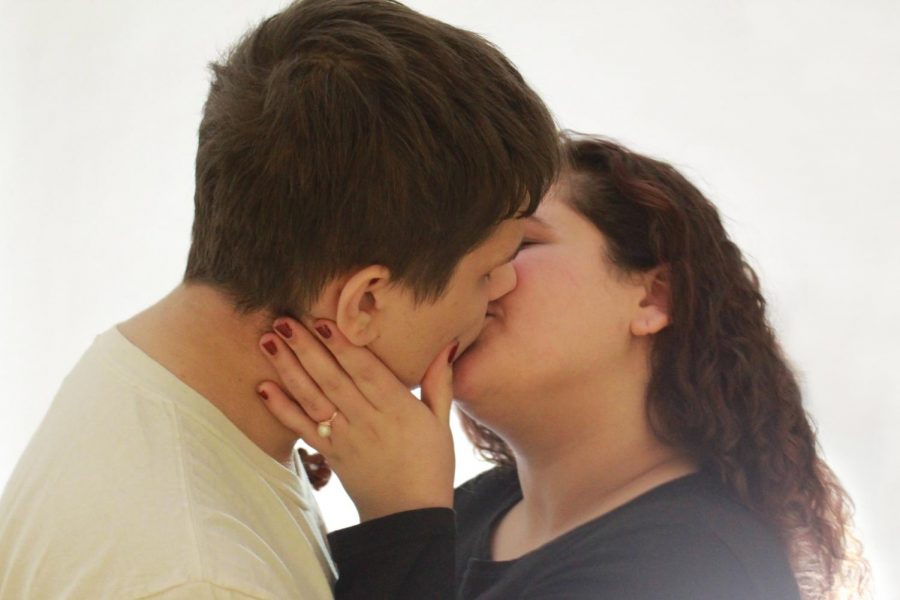 Many adolescents find love for the first time during their high school years, but it takes some a little bit of time to learn appropriate ways to express that affection in public.

Couples in the hallway that kiss like they haven’t seen each other for years are the same couples who post on their various social media accounts “happy two-week anniversary, babe! I love you!” then break up the next day. It’s normal for teenagers to be in relationships and maybe even fall in love, but they shouldn’t make people uncomfortable with their affection.

Being in a relationship can be an amazing feeling. This generation grew up with movies such as “High School Musical” that romanticized having a significant other in high school. This leads to many teenagers feeling like they have to be in a relationship. It is normal to want to show off their relationship or feel appreciated during the difficult school day, and there’s nothing wrong with wanting to feel loved. Some displays of affection are just fine. No one is going to be grossed out by a quick kiss before class or holding hands during walks down the hall.

Sometimes, affection can be okay. According to a McHenry Messenger poll, many people agree: PDA is, for the most part, an acceptable and normal part of high school. If a couple is displaying PG-rated acts of affection, most will not even blink an eye. It’s when it has a more sensual implication that it becomes an issue. If a couple feels the need to separate when an adult is around, chances are, what they’re doing is too much. Manys students have seen couples become aggressive when asked to move out of the way of the person’s locker. Others have reported more intimate acts one might see at the Homecoming dance, or more appropriately, at home. As long as these couples realize they are at a public school and not in a bedroom, it should be just fine.

Not every couple is affectionate, however. Displaying PDA doesn’t make much sense for people in relationships who aren’t keen on it, or just aren’t gushy in general. Not only is it awkward for other people to see, but it is additionally awkward for many of these people in the relationships. They feel pressured by themselves, by others, and sometimes, by their partner. There’s an expectation of teenagers in relationships brought onto them by other couples and the media. Often times, if someone sees a couple who isn’t lovey-dovey, they assume they are unhappy, which is not always the case, and shouldn’t be the stereotype.

When push comes to shove, no one wants to see couples getting more intimate than they probably should at this age. What couples do on their own time outside of school doors is their business, but it is selfish to be unaware of how this affection impacts others. Even some hugs can be too much (hands above the waist, please!) and should probably be toned down just a bit for the school setting.