Review: Are You Okay With This?

Fans of Netflix original shows had high expectations for this new addition, and the result did not disappoint 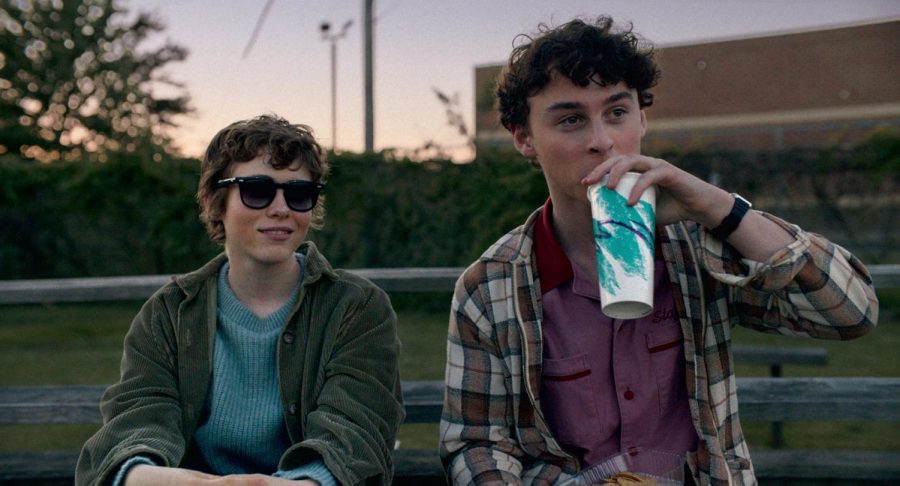 Sophia Lillis and Wyatt Oleff star in Netflix's new show "I Am Not Okay With This" which was available for streaming on February 26.

Just when it seemed like there were no more original series’ worth watching, Netflix released “I Am Not Okay With This” starring Sophia Lillis and Wyatt Oleff, both of whom are child actors who are arguably most known for the wildly popular 2017 adaptation of Stephen King’s “IT”. From the director of “The End of the F****** World” and producers of “Stranger Things,” which are both extremely popular shows, IANOWT (based on the graphic novel by Charles Forsman with the same name) had very high expectations from fans. The show not only exceeded expectations, but it also was a mind-blowing experience throughout.

The story follows Sydney Novak (Sophia Lillis), a teenaged girl with anger issues who deals with the death of her father, as well as newly-developed superpowers. Her powers are destructive and are physical representations of her anger and emotions overflowing. Sydney’s best friend Dina (Sophia Bryant) was the only person who spoke to her, and Sydney even started developing feelings for her. Dina, however, was unaware of these feelings and began dating homophobic athlete Brad Lewis (Richard Ellis), who Sydney absolutely hates.

When Dina has less time for Sydney due to her relationship, Sydney begins to hang out with Stanley Barber (Wyatt Oleff) who most people would describe as kind of an odd-ball. However, Sydney and Stanley get along very well, and it is obvious Stan had feelings for her before they started hanging out. Their friendship is cute and well developed, and it didn’t feel forced. The show did an excellent job of showcasing two awkward teenagers beginning a friendship, and it was a realistic depiction of how their interactions would actually be. Stan and Syd were the best boy-girl friendship in a show in a long time, and it helps that Oleff and Lillis are very close friends in real life, making their character chemistry that much more genuine.

When Stanley finds out about Syd’s powers by accident, he keeps a promise not to tell anyone. Instead, he tries to help her figure out how it started and just how powerful she truly was. Throughout the show, only Stan knew about her powers, and it started to look like he was replacing Dina in Sydney’s life. Eventually, he figures out that she doesn’t like him in a romantic way as he did with her, but he wasn’t mad or disapproving of her sexuality. This part was so important and refreshing to see because although Sydney liked Dina, the show didn’t make her sexuality a big point of her character throughout the show. It was an honest representation of LGBTQ teens and how not-open a lot of them really are. To have the main character of the show represent these teens, it shows them that they are not alone, and they are not side-characters meant for comedic relief. This part was also important because it showed that boys and girls can be friends without having romantic attachments to each other, which isn’t often shown.

The overall vibes of the show were retro and calming. It is pretty unexpected that a show with the plotline that this show has with all of its dark themes would be so satisfying to watch. The golden overtones and Indie soundtrack throughout the episodes made the sudden shock of the last episode so much more impactful on the audience. The season ended on a cliffhanger which gives the viewers high hopes for a sequel, which is good news due to how short the show unfortunately was.

“I Am Not Okay With This” is a new show on Netflix that is appropriate for high-school-aged people. Those with certain sensitivities to things such as blood/gore, high-frequency noises, drug usage, profanity, bodily acne, and sexual references, however, should either watch with caution or steer clear completely. Although its ending was sudden, the show is definitely worth watching, and since there are only seven episodes that are all about twenty minutes long, it should be easy to binge after school today.