After drawing really good ratings with TruTV’s 'Impractical Jokers,' the quartet heads to the big screen to showcase their irreverent comedy 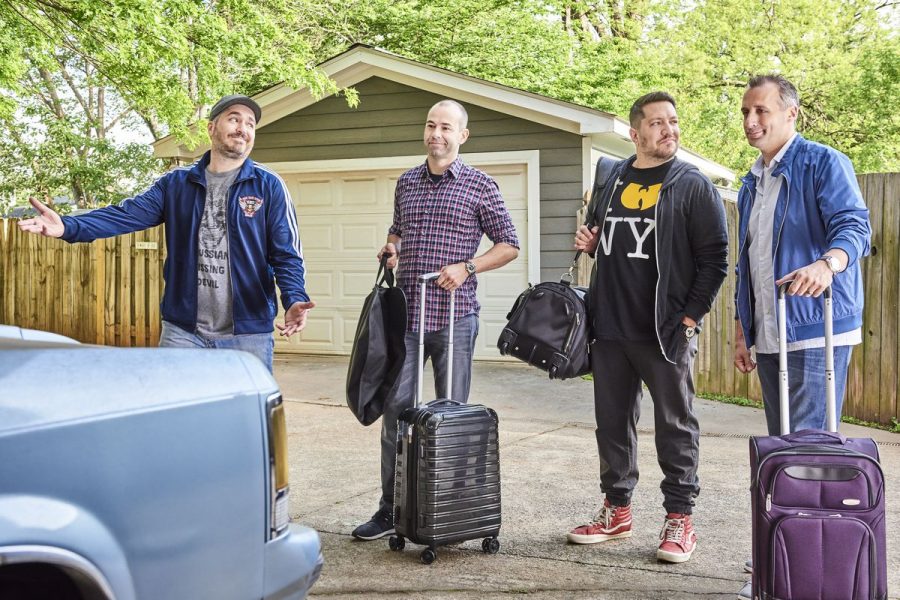 Since 2011, “Impractical Jokers” has made audiences laugh with their unscripted competitive antics. The comedy team hit the big screen in February with their first feature-length film.

For years, “Impractical Jokers” has been a television staple. The silly antics of four friends from Staten Island has proven to be a hit, providing laughter for the masses. Now, the Jokers head to the big screen in an effort to further dominate mass entertainment.

“Impractical Jokers: The Movie” will certainly play best to fans of the show. However, the comedy won’t be lost on anyone, since friends making fun of each other is pretty universal. Two thirds of the movie is like an extended episode of the series, with hidden camera pranks that have made the program a hit. The other third is a weak narrative for the rest of the film. Story-wise, it’s thin and forgettable with limited relevance, however, as a method to get you to the next skit, it serves its purpose.

The plot begins with the origin story of the group, high school buddies on Staten Island: Joe Gatto, James Murray, Brian Quinn, and Sal Vulcano are excited for a Paula Abdul concert. They don’t have tickets but sneak in posing as security, even managing to talk to her. The evening gives them the urge to create their comedy group but also creates a conflict with Abdul. Years later, she recognizes them and invites the Jokers to a private show down in Florida. Regrettably, she only leaves a trio of lanyards. These being the Impractical Jokers, they agree to roadtrip down south, competing for the three spots at the show. One retro car later, and they’re off.

No one will claim the Jokers are great actors, but they do a passable job when the scripted elements come into play. On the other hand, the sketches are all top notch. Two or three would easily be among the best ever shown in any “Impractical Jokers” episode, with one in particular generating an explosion of laughter within the theater.

On the road, Joe, Murr, Q, and Sal engage in their typical competitive shenanigans. They also stage multiple punishments that gets all four into some ridiculous situations. In between, their stops at hotels down the East Coast lead the other three guys to discover some very odd things about Murr. It all culminates in Miami, at Abdul’s show, although the story may not wrap up in any kind of special manner, the final punishment is one for the ages.

The film comes across as an episode of the Jokers’ regular show, which leads to what felt like the quickest 90 minutes of my entire life. If you love “Impractical Jokers” or if you are the type of person who enjoys any sort of comedic relief, “Impractical Jokers: The Movie” will be right up your alley and this movie will provide an hour and a half of consistent laughter.