The McHenry Messenger • May 21, 2021 • https://themchenrymessenger.com/review-the-haters/ 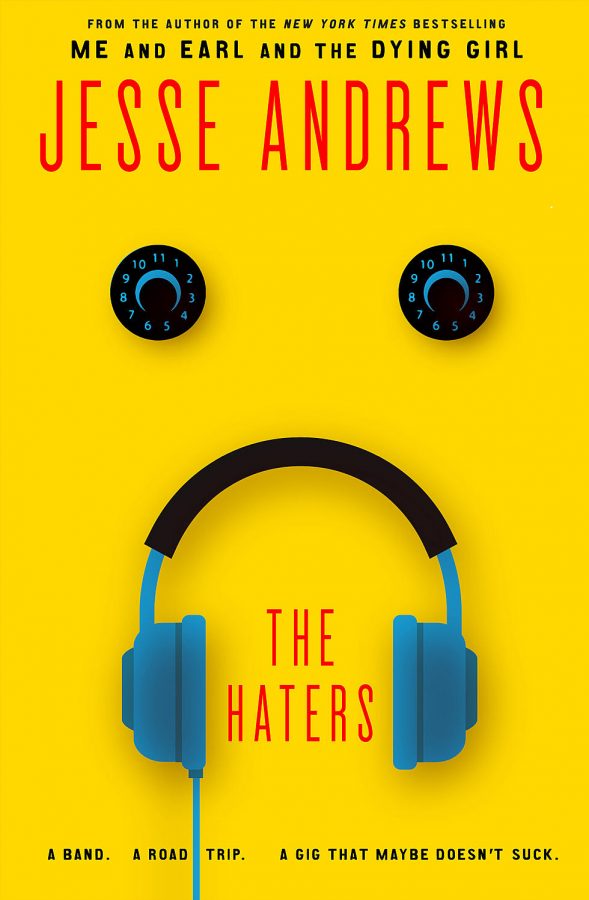 Jesse Andrews published "The Haters," about three misfit musicians who ditch jazz camp to tour with their slapped-together band, was published b Amulet Books in 2016.

A bassist, drummer, and lead-singer/guitar player — all of them with a vendetta against being told what to do with their lives and with their music. These three misfit, rookie musicians meet at a jazz camp for completely and utterly talented teens. After Ash, a unconventional guitar player, gets told off for not playing her solo correctly, Ash, bassist Wes, and drummer Coreyall walk out. They decide to form a band and play music together, this is when Ash has the idea to leave camp and go on a tour with her new best friends.

Published in 2016, the book “The Haters” by Jesse Andrews (who also wrote “Me and Earl and the Dying Girl”) highlights all of the growing pains of being 16. Whether it is a love triangle, having problems with authority, or wanting to be your own person and not who everyone else wants you to be. The characters in the book are such accurate teenagers that it makes it hard to hate them — and hard to like them.

The guitarist and lead singer of their spur of the moment is Ash. She has problems with authority, and doesn’t like being told what to do. She also has a hard time opening up to others and making connections with them. Because she doesn’t make connections with people easily, she does things that pushes her only friends Corey and Wes away. Ash does this by never telling the, how she feels and pushing them to do things they are not comfortable with like going on a tour and leaving their phones behind, Her redeeming quality is that she is so genuine and she will say exactly what she thinks, whether that be about someone else or about a situation she’s in.

Wes, the bassiest is the opposite. He is sensitive, and he is easily swayed by his friends. He is the epitome of a teenager as well, including his dark sense of humor. Wes is very independent due to his past, so he tends to be the person who makes the important decisions. Wes is by far the most realistic, life-filled, and three dimensional character that has been produced in a while, as seen by the fact that one minute he will be joking about his friends ideas for band names and the next he will be making decisions to keep the group safe.

Drummer, Corey also has a lot of problems with authority due to his relationship with his parents. He can go from making jokes with Wes one minute to trying to fight a man twice his size. He gest angry easily and also gets frustrated when people try to tell him or others what to do. This makes Corey relatable to majority of teenagers, as few like to be told what to do.

Behing able to relate to the characters so much and having all three of them being so three demensional makes the whole book feel real. It is fast paced and allows the person reading to go from laughing to tense in a matter of a page. “The Haters” by Jesse Andrews is an amazing, fast-paced read that anyone can relate to and find a way to love the character or hate them — or both, at the same time.