This spring, juniors are expected to take standardized tests such as the SAT, which isn’t beneficial to them and their futures — especially considering the pandemic 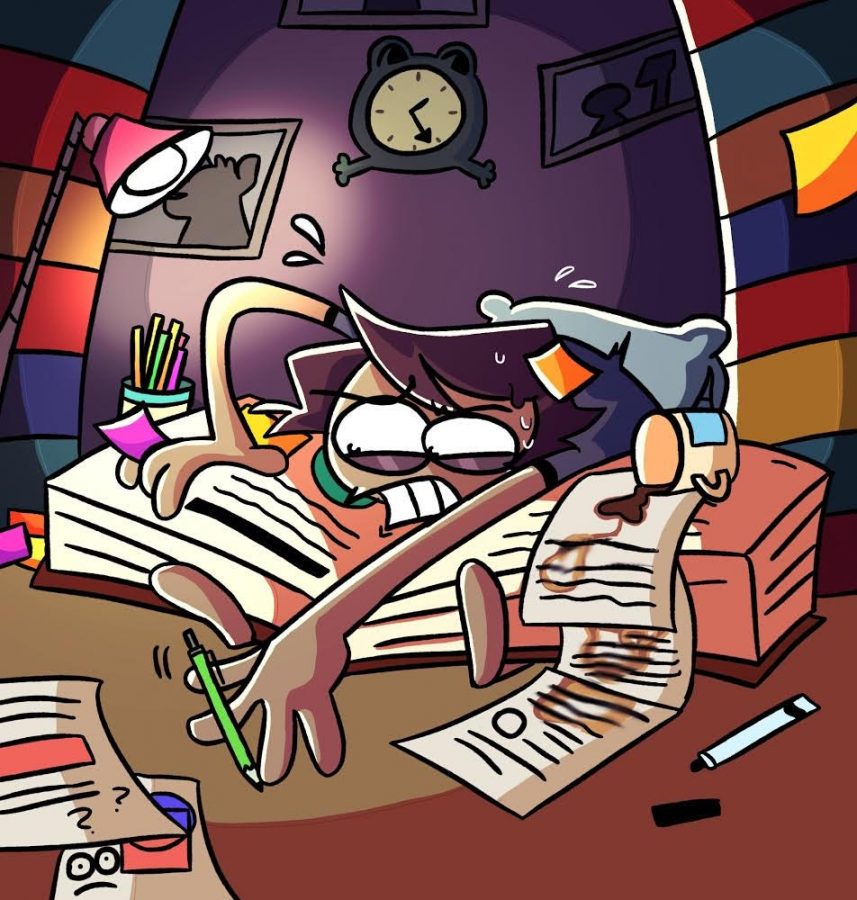 Preparing for standardized test can be stressful enough when it's not a pandemic. The state's choice to seek a federal testing waiver is the right decision.

Testing during a pandemic is a hard concept to grasp. With students at home, and others at school, the amount of attention and one-on-one time needed for students is not fully available, making rates of testing anxiety higher and testing prep lower.

Schools throughout the country have been tasked with making arguably one of the hardest decisions for schools to make-should students take standardized tests?

The Illinois Board of Education has been working to seek a waiver from the federal government so that students don’t have to take standardized testing such as the SAT come spring.

In an email sent out by the Illinois State Board of Education, they state, “Given where we are, we believe it is more important to focus on supporting our students’ transition back to in-person learning, than to focus on assessments. Our focus belongs on building our students’ reconnection with their teachers and re-engagement in learning in the classroom. That’s why we will advocate for the U.S. Department of Education to make waivers available for spring 2021 assessments. If a waiver is made available, Illinois will apply for it.”

Although many schools have changed within recent years saying that the standardized tests don’t represent the students growth and knowledge, some continue to take the standardized test for school data, and college applications. But, within the past two years, the decision to get rid of standardized testing has become a bigger concept now that students aren’t receiving proper preparations, and many are isolated with very little resources to prep them for the seamlessly degrading four hour test.

T eachers and administrators have been aware of testing anxiety for years, and has especially gotten worse now. In an anonymous poll, 95% of students have developed or have worsening testing anxiety. This is due to students being used to having more available resources to prepare them for tests, and having little to work with, when it comes time to take a timed test, students panic and fear failure.

Many schools believe that taking standardized tests are good for school records, even if it isn’t used towards college admissions. An article written by The Chicago Sun-Times explains that students should do the testing for school data, rather than putting it towards “high stakes”, such as going towards college.

“And given the well-documented shortcomings of remote learning,” they write, “a severe lack of actual learning likely would be revealed in plummeting — and perhaps unreliable — test scores,” They then go on to explain, “[…] a fear of plummeting scores and logistics problems are no reason to bury our heads in the sand.”

Although the idea of students not having to worry about their college paths due to these tests seems more helpful, it’s really not. Schools want to use the data to go towards their teachings, but test scores are dropping rapidly. Using these scores wouldn’t help the school nearly as much as they would if we weren’t in a pandemic. Yes, the school can use these scores to see potentially how to change during these times, but it’s almost impossible with many students being at home, limited resources, and factors such as testing anxiety. These concepts, while being interpreted into the schools data, would more than likely make the school look unsuccessful, with how low the scores would be.

The idea of having students test just to be “lab rats” and a part of data that will be forgotten years from now is selfish. When we are in a pandemic and many are struggling, educators should work to help students, not go against them. If a student feels comfortable enough to do standardized testing they should be allowed to, but forcing students to is wrong and immoral.