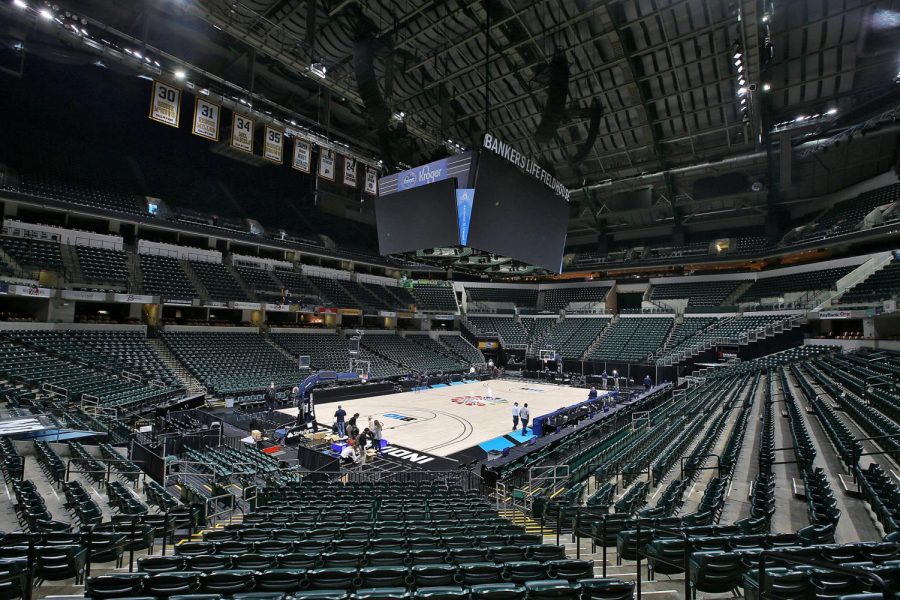 The winner of this year's NCAA Men's Basketball Tournament was No. 1 seed Kansas, who beat No. 8 seed North Carolina 72-69.

A March Madness fan watches his favorite team play in overtime. It is a tie with 20 seconds left when his team gains possession and is dribbling down the court. There is now 5 seconds left in the game when the player shoots a three pointer. The shot goes in, but the player is fouled by the other team, the fans go crazy as the player makes the free throw for a 4-point play. The clock runs out as the crowd goes crazy as the team advances to the final four.

March Madness is the NCAA’s Division I Men’s basketball tournament and championship. It was held from  March 26 to April 3. 64 teams competed in four brackets: the South, West, Midwest, and East. There are 16 teams per bracket and the seed number depends on what that team ranking is in their following region.

March Madness is most well known for its upsets, when a lower seeded team beats a higher seeded team. These upsets are one of the reasons fans come back every year to watch the tournament.

This year’s March Madness will always be remembered as a 15 seed school, the Saint Peter’s Peacocks, beat second seed Kentucky, seventh seed Murray State, and third seed Purdue. Saint Peters was the first 15 seed in history to make it to the Elite 8 in March Madness, the last eight teams in the tournament. Saint Peter’s coach Shaheen Halloway was proud of his team and the way they overcame doubt after they beat the number three seed Purdue to get to the Elite 8.

According to Sports Illustrated, Halloway said in a postgame interview, “What are they gonna say now? Anybody got something to say? We can’t do this, we can’t do that, Cinderella, underdogs. Listen, I got guys that just play basketball. I got a bunch of guys that play basketball and have fun, that’s all we do.”

Saint’s Peter’s was eventually eliminated in the next round to the eight seed University of North Carolina 69-49, but Holloway was really proud of the work his players put in through to the tournament. Halloway was also surprised with the way his team played their last game.

According to Insider, Halloway said, “I didn’t really recognize my team the first 10 minutes of the game. I thought we came out a little slow, a little timid. Give [UNC] credit: They came in and jumped on us early… kind of wish we could have played this game over. I would have done a couple things differently.”

The winner of March Madness was number one seed Kansas University, they beat number eight seed North Carolina 72-69. Kansas’ head coach Bill Self was very happy his team finally got to win the championship. In 2020 when March Madness was canceled his team was projected to win.

According to the NCAA, Self said, “To me [former players] Devon was here tonight, Marcus couldn’t be here and Isiah (Moss) couldn’t be here. But to me this was a  win for them too. I don’t know how you guys feel. It’s partially for them because I always thought the 2020 team was better, more equipped to do well in the NCAA tournament.”

Fans leaves the stadium happily as his team advanced to the Elite 8. He walks into his house and places a bet on them winning the next game and happily awaits for the next game to be played.