To say or not say gay 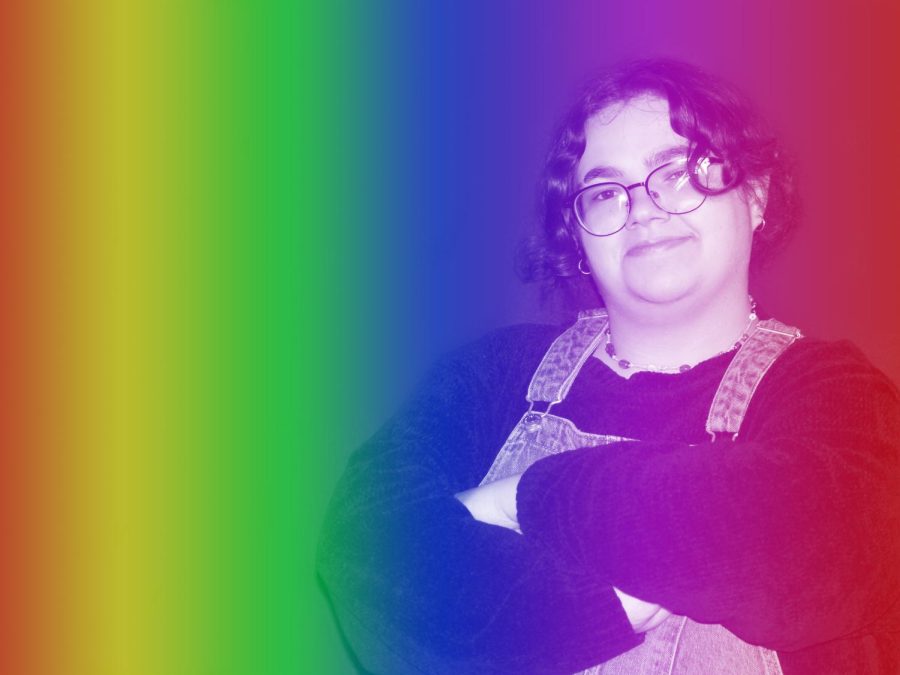 As word about Florida and Texas’ LGBTQ+ discriminatory bills spreads, so does anger and disappointment. Teenagers and adults alike worry about their future, knowing that states are attempting to erase their identities. Outsiders, though not affected, feel for their Floridian and Texan counterparts from afar.

Recently, the states of Texas and Florida introduced their Senate Bill 1646 and Parental Rights in Education bills. Both limit discussions about LGBTQ+ individuals and threaten their way of life.

This legislation has impacted many LGBTQ+ individuals around the world — including MCHS students. Several of these students are part of MCHS’s Gender and Sexuality Alliance (GSA), a club aiming to promote pride within the LGBTQ+ community.

Florida’s controversial “Don’t Say Gay Bill,” formally known as Parental Rights in Education, would forbid “classroom instruction … on sexual orientation or gender identity … in kindergarten through grade 3 or in a manner that is not aged-appropriate.”

The bill received backlash, as it mutes discussions about diverse relationships and transgender individuals.

“It’s important for kids to learn to accept everyone from a young age,” says GSA president Reese Vincent. “Even if the topic of LGBT individuals is gently introduced through [media such as] books with same-sex couples.”

Others, like GSA member Ozwald Pickett, understand parents have rights in education. However, they believe society will see the repercussions of such legislation in the future.

“Having [discussions about LGBTQ+ people] be forbidden makes it seem like a negative and ‘evil’ subject to the minds of children,” he says, “which can influence said children to experience homophobia and transphobia, especially internalized. Not having it present in the classroom is fine, but making it seem like a bad thing seems overaggressive.”

Texas’s Senate Bill 1646, seeks to redefine child abuse and specifically targets transgender individuals. If passed, “administering or supplying … a puberty suppression drug to a child … for the purpose of gender transitioning” and “performing or consenting to the performance of surgery … for the purpose of gender transitioning” will be classified as child abuse.

Many, especially transgender, individuals expressed their discontent towards the bill and find it excessive. However, others believe there is some rationality within Senate Bill 1646.

“It should not be classified as child abuse,” says Pickett, “but parents shouldn’t be supplying puberty suppression or performing gender reassignment surgery until the child has had enough time to explore who they are.”

He adds, “Puberty suppression, while being generally safe, might harm a child’s mental health if they realize they maybe aren’t transgender. Gender reassignment surgeries can wait until said child is an adult to decide for themselves.”

Vincent also comments that the Department of Children and Family Services could be focusing on actual child abuse cases instead of oppressing transgender individuals.

“Having DCSF hound trans folks for undergoing hormonal treatment as a minor is a waste of resources,” they say. “It teaches people [that] they aren’t allowed to be who they truly are and causes detrimental stress to trans youth.”

Although these states have chosen to target individuals based on gender and sexuality, at least 20 states — including Illinois — fully protect individuals from discrimination in employment, housing, and public accommodations.

“It’s unfortunate we had to take multiple steps back,” says Pickett, “but we’ve come so far in society. All we can do is hope these laws don’t spread into other states and [that] the government will change/get rid of these bills.”

Vincent adds, “I think that overall society is becoming more accepting of the LGBT community, which is exactly why [these bills] are being put in place. Older, traditional conservatives are afraid and trying to remain in power by silencing our voices. But it only makes us louder.”

As LGBTQ+ individuals and allies hear the news of these bills, disappointment arises, but so does union. Individuals team up and organize protests and walkouts to protect some of their most fundamental rights. They are confident that eventually the world will catch up and accept everyone — regardless of how they choose to identify.