Though the President seemed eager to re-open the economy days before, an escalating pandemic urged him to listen to his task force 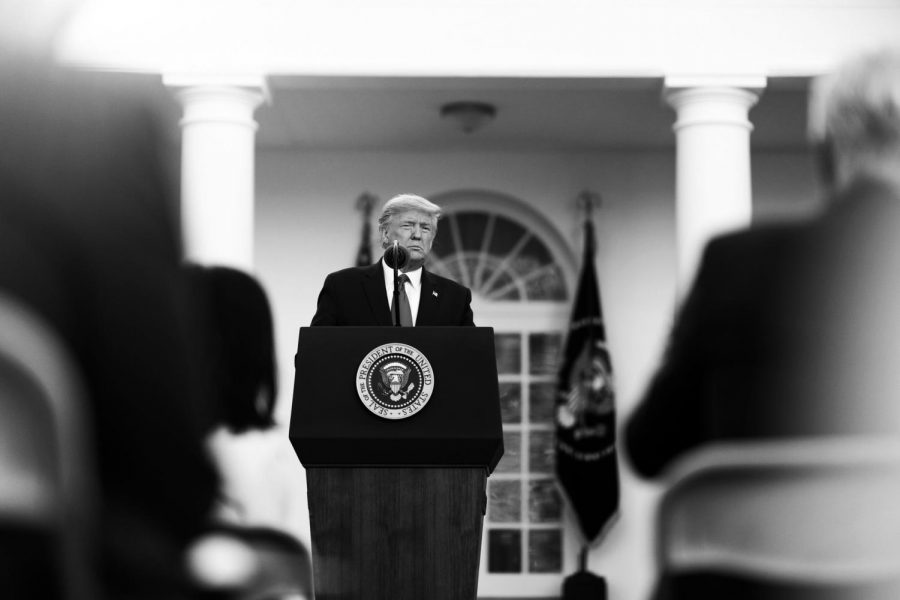 On March 29, President Donald Trump made the official announcement extending the social distancing guidelines until April 30, as a way of trying to slow, and potentially help put an end, to COVID-19.

Just a few days after his announcement about hoping to get the country up and running by Easter, Trump gave another announcement, informing citizens of the United States, that the social distancing guidelines will go through April, and potentially into May, in an effort to slow the spread even more.

The impacts of this disease are devastating, with a loss of 6,907 civilians in the United States alone, and 1,083,084 deaths worldwide. The United States has staggering 347,384 confirmed cases of COVID-19, and 11,256 of those cases come from Illinois alone. But this isn’t the worst of it. This disease is supposed to hit it’s peak before the curve can actually go down.

On Tuesday, March 31, another announcement was made by Trump explaining more as to why the decision was made to extend social distancing.

“Fifteen days ago we published our nationwide guidelines to slow the spread of the virus. On Sunday, I announced that this campaign will be extended until April 30,” explained Trump. “It’s absolutely critical for the American people to follow the guidelines for the next 30 days.”

Although the month of April won’t end the virus, Trump believes that if guidelines are followed, and citizens take the guidelines and precautions seriously, “we will be on our way to recovery by June 1.”

So what exactly does this mean for businesses in the U.S.? Well, the government still intends to have essential workers out working only, which includes first responders, anybody in the medical field, restaurants, and grocery stores. For small, non-essential businesses, around $350 billion in loans will be available to help keep those businesses stable while they are shut down, so they can meet payroll and other expenses for up to two months.

As for the general public during these times, authorities strongly urge residents to remain in their homes and take the shelter-in-place seriously. Vice President Mike Pence, in a briefing, said, “It really is what every American can do: ‘30 Days to Slow the Spread,’ 30 days to make a difference in people’s lives of the American people, American families, and the life of our nation.”
Schools and certain businesses won’t be going back into session until after April as of right now, but things may change if the curve doesn’t go down as expected.