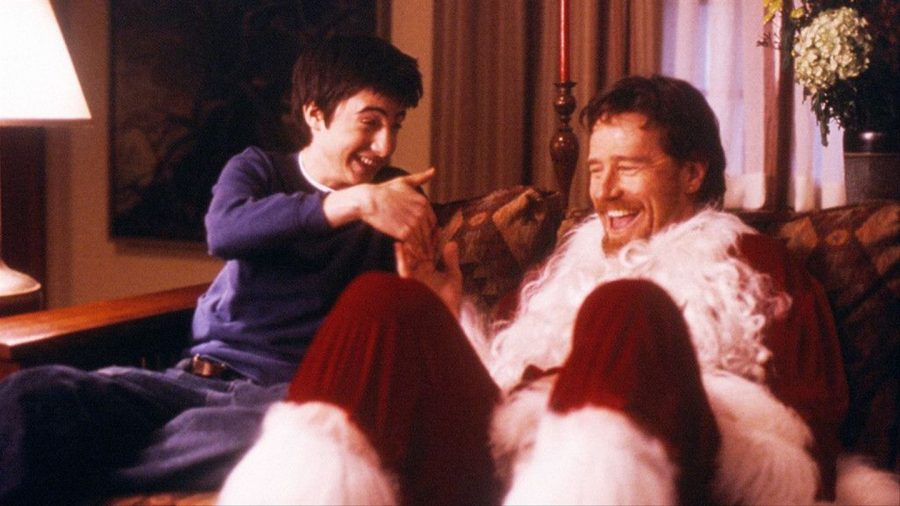 “Twas the Night” is filled with crazy antics, a con artist santa claus, and terrible acting for all viewers to enjoy over winter break.

A kooky storyline and bad acting makes "Twas the Night" the best of the worst holiday movies for viewers to enjoy this holiday season.

“Twas the Night” is a hilariously bad holiday movie that originally aired on Disney Channel in December 2001. Directed by Nick Castle, who has led dozens of other productions including the 1991 classic “Hook”. This movie stars a bunch of actors I have never ever heard of before, Brenda Grate, and Nick Craston.

I’m not going to lie and say that this movie is good, but that’s exactly why I liked it. The acting is incredibly awkward, and there are a lot of moments where the audio is very clearly just a bad voice over, which is oddly seen in a lot of early 2000s movies. The plot features a con artist uncle who has been permanently put on the naughty list, and his 14 year old nephew who seems to be following pretty closely in his uncle’s tracks. When Santa himself has a bit of an incident at their house, they have no choice but to take his sleigh and deliver the presents themselves, or so the naive 14 year old thinks.

Even the music in this movie is cringey, but in the best way possible. It’s a perfect mix of classic holiday melodies, random jazz, and just a touch of electric guitar. Nothing sounds like it was intentional and everything seems to be just a little bit out of place.

Another bit of nonsense from this movie is the characters. Both of the parents are doctors who spend most of the movie unseen due to an outbreak of “reindeer flu”, the younger sister is basically a rocket scientist, and the younger brother loves to be scammed out of his allowance money. Hardly anything in this movie makes any sense, but it’s just so bad that it’s good.

In the end of course there is a redemption arc for the crazy con artist uncle, and there is quite a bit of quirky holiday magic, making this terrible movie something you and your family should definitely check out over winter break.