The McHenry Messenger • May 10, 2021 • https://themchenrymessenger.com/under-the-radar/ 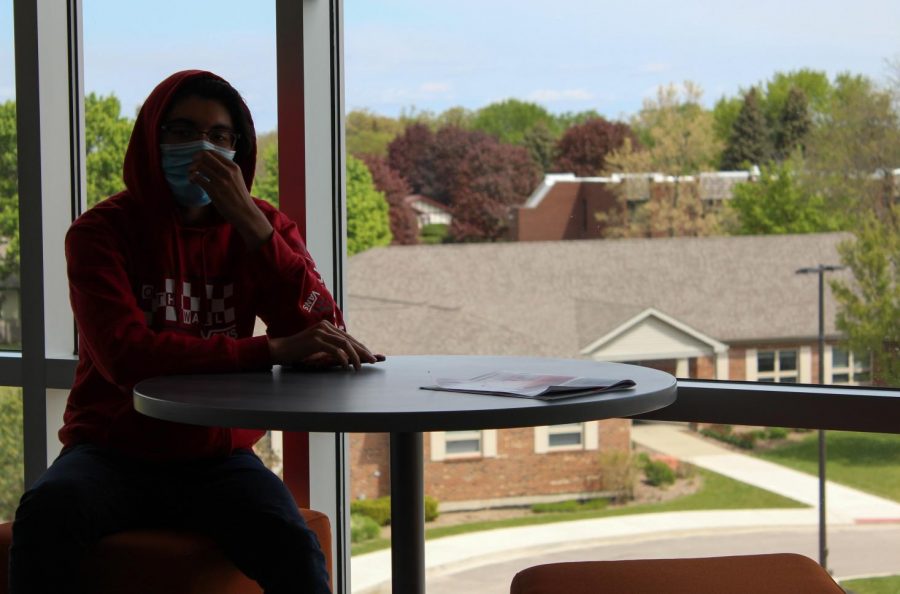 Not every student becomes valedictorian or gets a full-ride scholarship to the school of their choice. Students who fly under the radar, though, still have a stories to tell, and still cherish their memories at MCHS.

High school is characterized by a multitude of experiences, flashes of memory in the minds of the people that were witness to them. Some of these memories stand out against the rest. Most, however, fade into the background.

Still, for seniors at MCHS, these everyday experiences have been the ones that end up meaning the most. Every senior has them, even those seniors who may not have been on Homecoming court, a Distinguished Warrior, or even captain of their team. These are the experiences that end up defining high school for them.

For Jordan Konieczy, this included joining the football team his freshman year. “It lasted all through high school and it was cool to be part of a team,” he says.

Participating in something bigger than yourself is always memorable. For Joseph Ndu, this included being a part of Chautauqua his junior year.

“I was Langston Hughes. I gave a speech in front of everyone for the debate and I lost miserably,” he laughs. “Still, it was fun to participate.”

During the time of COVID, these events can seem really far away. As graduation approaches, Alexandra Salgado wishes that she could relive the memories she made in her Junior year Spanish for Heritage Learners class.

“We had a lot of really good debates and conversations. I was really close with everyone in that class, and Mr. [Otto] Corzo too, so that made it even better.”

For both Konieczy and Ndu, Homecoming was the one thing they truly yearned to experience again.

“I was in the middle of the dance circle at last year’s Homecoming. For once in my life, I wasn’t cripplingly socially awkward; I was just dancing,” Ndu says.

Konieczy agrees, stating “The last Homecoming before COVID was probably one of the best Homecomings [the school] had. It was the most fun. All my friends were able to make it that night, and we all went out to eat afterwards.”

These events are ones that seem like they will never happen again, due to the longevity of the pandemic. However, there will be an end at some point, and the future is promising for younger classes to be able to live a more normal high school experience. As a result, the advice seniors have for incoming freshmen is that much more important.

“Don’t be afraid to just get out there,” Salgado says. “Join clubs and join sports because a majority of people aren’t going to care. Do as many things as you can and just enjoy the four years you have, because they go by really fast.”

Hollywood likes to make it seem that you only really went to high school if you won prom queen or were student council president or some other crazy, amazing thing. Shockingly, most students don’t end up doing this.

Still, their experiences are just as important and memorable as any others, and the advice they give can mean a world of difference.