As teams begin practicing and games are scheduled, MCHS coaches, athletes, and fans look forward to their long-delayed seasons 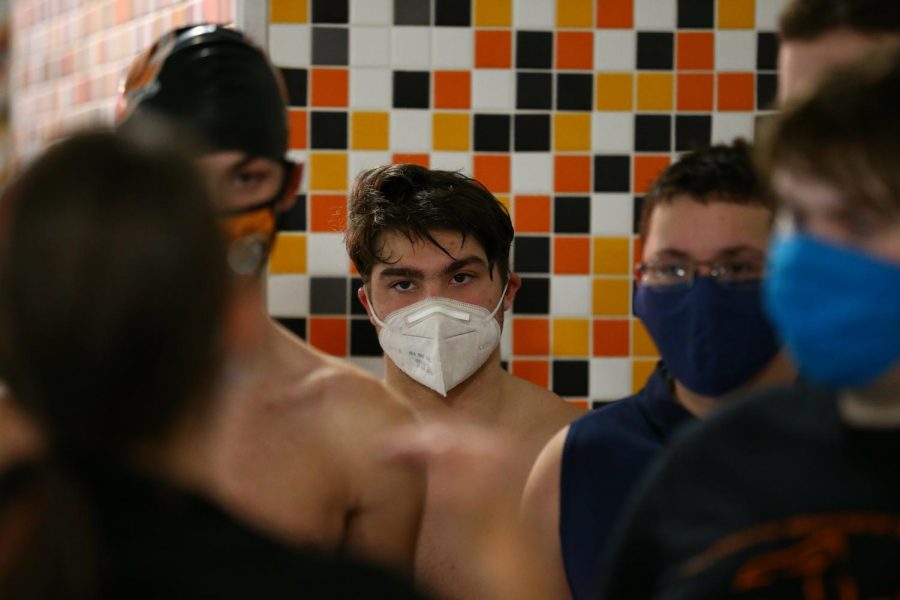 The boys swimming team meets in the West Campus pool before a match on February 5th. The IHSA has limited most seasons as the state continues its battle against COVID-19.

The IHSA has allowed sports to move forward with shorter seasons and safety precautions.

According to the IHSA calendar, football practice can start as soon as March 3, and the team can begin playing games by March 19.  Originally, Football should have been in the fall yet it kept getting pushed back. Many fans can settle their nerves knowing that they will finally have their desired football season.

“The IHSA is allowing for a potential of six games with no post-season play,” head varsity football coach Jonathan Niemic says. “Our schedule consists of five conference games with an additional FVC game to be determined based on the standings after week five.”

With state and other competitions off the table, coaches and players are grateful for a Fox Valley Conference title game. Due to the high-risk aspect in football, there won’t be state championships, but cheerleading and dance have a virtual competition.

The difficulties of COVID-10 has not stopped athletes from practicing and training everyday.

“We are currently strength/speed training twice a week after school and the players are getting another two lifts during strength class,” states Niemic, adding that the practice and training teams do are crucial since players are only getting limited practices a week due to COVID.

But practice and training won’t do a team any good without contact days. “We are also conducting contact practices in the evenings once or twice a week,” Niemic explains.

Football, along with MCHS’s other sports, are a major part of McHenry County culture. Some students and parents see sports as a sign that life is slowly going back to normal.