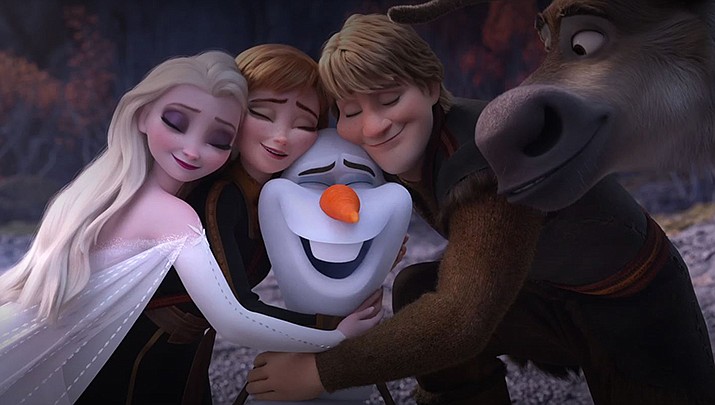 The “Frozen” films are not only fun but full of adventure and valuable lessons to be reminded of during the pandemic.

I’m sure everyone has seen two of Disney’s most popular films “Frozen” and “Frozen II”. The films feature two royal sisters, a living snowman, an ice harvester, and his pet reindeer. Anna and Elsa are two sisters who have been separated for years due to Elsa’s magical ice powers, but when they reunite they create a new kind of magic, solidifying the idea that “True love will thaw a frozen heart”.

The characters in these movies are some of Disney’s most beloved characters ever. Olaf is Josh Gad’s version of the lovable sidekick every Disney movie has, and his take on this classic role is perfect in every way. Elsa is a new kind of protagonist for a Disney film. She does rely on true love, but not in the form of a ditsy prince. She is bold and independent, which are important traits for young kids to see on screen. Anna is by far my favorite character though. I can relate to her in a lot of ways, as I’m sure many other kids could too when this movie came out. She is by far the goofiest Disney princess besides Rapunzel from “Tangled”, and she cares almost too deeply for her family and friends.

Both “Frozen” and “Frozen II” portray a lot of different kinds of losses that people might be facing right now due to the pandemic. Both of the royal sisters feel isolated for their own reasons, and even Olaf has his own issues that he needs to learn to deal with. In “Frozen II”, Olaf is learning about how to be mature. He goes through an entire musical number learning how to make his way through life without being afraid of things he doesn’t know or understand yet.

These lessons are so important to be showing to kids and adults alike right now during the pandemic. I’m sure mostly everyone has seen the “Frozen” films by now, but rewatching them could remind viewers of these important lessons in a fun way. Maybe viewers could even sing along if they’re feeling like it.