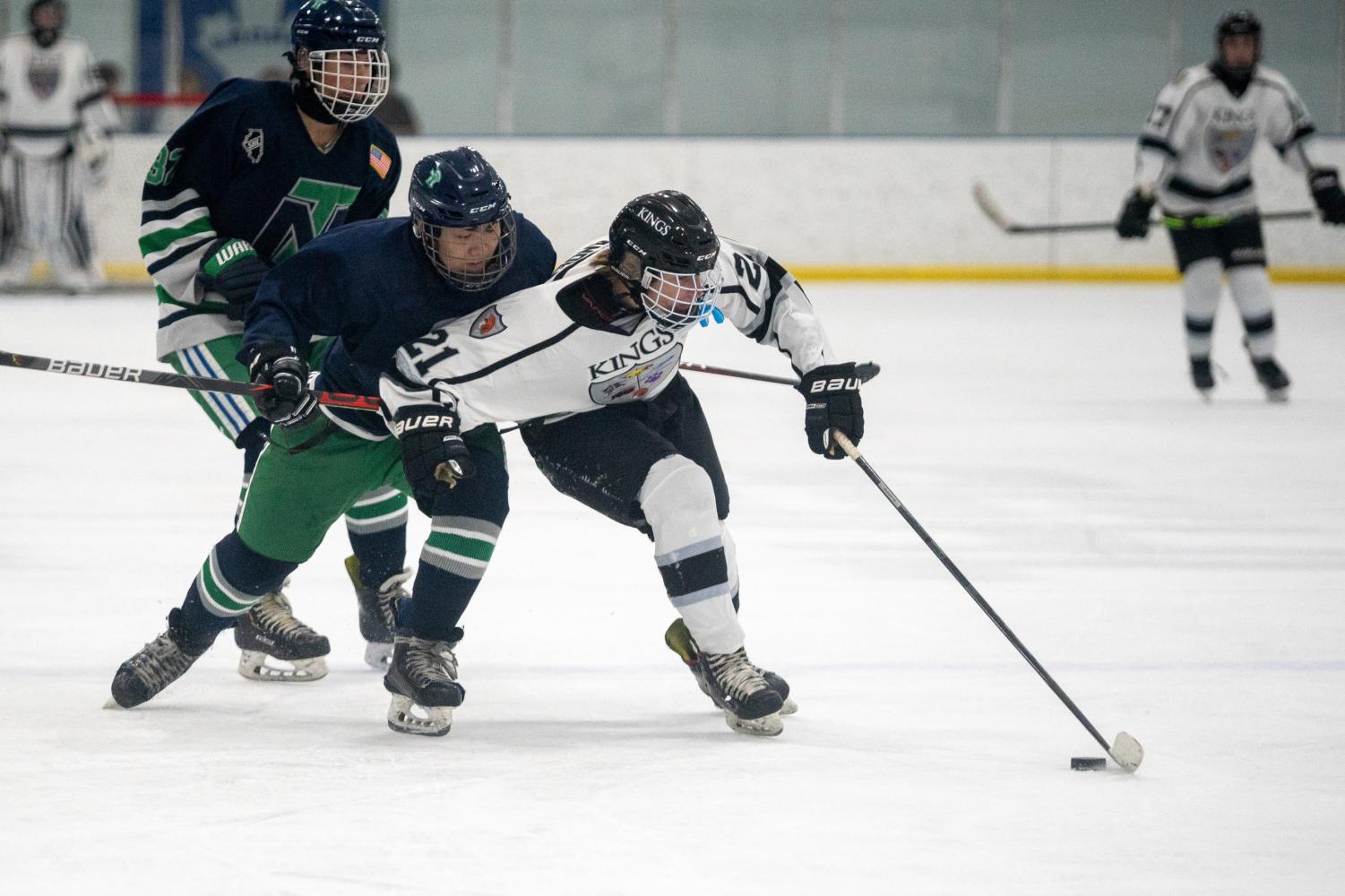 MCHS sophomore Brady Anderson pushes past players from New Trier High School during a Kings hockey match. Though the Kings aren’t an official MCHS athletic team, many students from MCHS play for the team. (Chris Calato)

MCHS sophomore Brady Anderson pushes past players from New Trier High School during a Kings hockey match. Though the Kings aren’t an official MCHS athletic team, many students from MCHS play for the team.

MCHS doesn’t have an official hockey team, but several students still commit their time and talent to the sport

As the blades hit the ice, the team rushes past one another time and time again. Working together to reach success, after many practices preparing for the game. At pracities the team works to get better and improve relationships. It is challenging at first, but as the season carries on it becomes easier for the team to become stronger and closer.

Kings High School Hockey was established in the 2010 -2011 season. They are a non-profit volunteer-based club and have student-athletes from 6 area high schools. The six school districts Huntley, Jacobs, McHenry, Dundee Crown, Burlington-Central, and Hampshire. The Kings High School Hockey Club is a travel team that is a part of the IHSHL North Central Division, and has a varsity, Jv1, and Jv2.

“My team is mostly freshmen and sophomores,” says Logan Holtz, a sophomore at MCHS and member of the JV team. “One senior and a couple of juniors, but we’re a pretty tight knit group.  I think that there were a lot of different personalities coming in, but when you’re on a team, you kind of all gel together.”

The Kings fall season started September 9 and since then they have had many games.

“Our season is going pretty well,” says Matthew Rensberger, a MCHS player of the JV. “We are ranked at fourth place currently in the standings and our record on Nov. 27 is eight wins and six loses.”

The Kings play two seasons in the fall and spring. They hold tryouts for both seasons and have charts for the fall season.

“I became a part of Kings when I was a freshman,” Rensberger says. “I joined with some players from my old teams so I knew a lot of people. You have to try out to see what team you will be placed on and there are two sets of tryout groups so you go against people of similar age. Freshman and sophomores are in one group, and juniors and seniors are in the other. If you are in the younger group and the coaches think you can compete against the older kids—like me and some other people had to stay and do both groups of tryouts.”

The team has played 14 games in total. Games are pretty frequent and they have practice almost everyday that range from 1 to 2 hours.

“I’m on JV,” Holtz says “We’ve won eight games and lost six. I had the opportunity to play a varsity tournament and we won. But other than that, our teams in general all three teams from our club are really up and down. We go on hot streaks and then died down for a bit so consistency is one of our biggest problems right now, but we’re gonna fix it.”

While they are working on becoming more consistent as a hockey team, they have become connected and are getting to know each other well. This has helped them through tough games as a team and individually.

“You get moments where you face a really tough team,” Holtz says. “You don’t know how it’s gonna go and you just have to believe you can win a game that you deserve to win.”

Kings is not directly associated with any school district, including MCHS. Its their own team combined with six different schools, so they are not as advertised as if they were to be a school sport.

“I think the Kings should be considered a McHenry sport since there are a lot of players that go to McHenry,” Rensburger says, “I also think the games should be advertised through the school to get people to come watch. Other schools like Huntley advertise the games and students from other schools show up to the games. I think hockey would get alot more support if it was advertised as if it were a McHenry sport.”

If MCHS were to recognize Hockey as a school sport, many of the players believe they would be able to receive more support from their peers.

“If the games are more known about in the school,” Rensburger concludes, “more people would go and meet up at games like how people do at the football games.”

Kings hockey is a team that brings people together to play hockey. Many schools participate, which brings our community closer together. While it is not recognized as a school sport, the team deserves the schools support as much as any other team.

View Comments (1)
About the Contributor 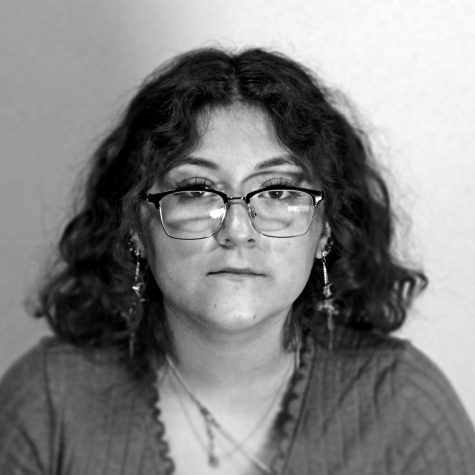 Tati Rubi, Staff Writer
Tatiana Rubi is a sophomore at McHenry High School's Upper Campus. She enjoys reading and writing in her free time. She enjoys spending time with her little sisters. This is Tati's first year on the Messenger's staff.