Freshman basketball player Caleb Jett and freshman softball player Tatum Kornfeind are two of many freshmen who made varsity teams during this year’s athletic seasons.

A freshman races to see what team they were placed on for the upcoming sports season after the tough tryouts — varsity, it reveals. Their heart begins to beat faster with mixed emotions of fear and overwhelming excitement. Wondering if they can measure up to the other varsity players. The player begins to wonder what the dynamic of the team will be like or even if they will get decent playing time. Measuring up as a freshman player to the older players may be a challenge, but they are ready to take it on.

Many freshman athletes have participated on varsity teams this year. They have been recognized by their coaches for doing well and pulled them up onto a higher level team. There are many challenges that accompany this new level of competition but also many opportunities and advantages.

“I believe that freshmen gain a huge advantage of playing on a varsity team if they have the skills and are able to compete at that level,”  said Barry Burmeister, the athletic director, “because they are going to get better from playing against a higher level of competition…not just in games, but everyday in practice. Plus, they are going to compete at that higher level for four years and will get a higher level of coaching and will be challenged daily.”

Freshman Lauren Blake was pulled up to compete at the varsity level during the varsity girls’ cross country team season.

“In JV I was getting a good place,” she said, “and I was towards the front. I was scared I’d be the absolute last in varsity. It actually ended up pushing me because It was more of a competition, and they were more difficult races.”

Freshman athletes have to put in the work to match their older, experienced competition who may be stronger and bigger.

“Building relationships … learning from the seniors and all the stuff they teach you,” said Bronowicki. “The level you play at is more fun and just learning more.”

“My initial thoughts were that it was a good opportunity to get better. I didn’t expect too many minutes, but I just wanted to get better as a player,” said Jett. “I was proud of myself along with my parents. It was just a cool moment, being a freshman on varsity is hard to achieve.”

Being a freshman player on varsity is a rare and honorable accomplishment.

“Playing on varsity as a freshman is an impressive feat and something that I have not seen very often in my time coaching,” said boys basketball coach Anthony Swanson. “I have been coaching basketball for 8 years here, and since I’ve been a part of the program we’ve only pulled up freshman twice to varsity. Having three freshmen up for a short period of time this year and two that stayed on varsity for the last month of the season is extremely rare.”

Being on varsity as a younger player can present many challenges. Athletes need to be not only talented but also have to be willing to learn and listen.

“I do see a lot of potential in the freshmen that played on varsity basketball this year,” said Swanson, “and so do the other coaches on staff. Obviously they are talented individuals, but they also have a great work ethic and are coachable, which is even more important than their talent.”

“The challenges that freshmen would face on a varsity team is they come from a junior high level where they are probably the best on the playing field,” said Burmeister, “to maybe not being the best and the mental side of being able to deal with that. There may be some physical limitations when they first start out, the speed of the game might take some adjustment, and there may be some maturity issues that arise.”

Finding game time for all the players on the team including freshmen can be a challenge to allow for there to be playing time for all.

“Anytime you’re a freshman and you get to go into any varsity game, that’s an accomplishment,” said head girl’s soccer coach Andrew Stegenga. “So that’s an awesome experience to have, but it also gives you, hopefully, that hunger to want more minutes and want to keep working hard.”

Freshmen Madie Davis and Makenna Harvey will be participating in the upcoming varsity girl’s soccer team.

“I’m excited because it’s really hard to get onto varsity, especially with all the talent that was there. It’s exciting because you have this huge opportunity in front of you,” said Kornfeind. “I really don’t find it intimidating, I find it like a way to push yourself to work harder.”

Competing on a varsity team during freshman year comes with the struggles of fighting for playing time.

“Playing time [is a concern] because you’re [freshman player] so young, and you’re the new ones,” said Kornfeind. “You’re worried about not getting enough playing time compared to everyone else because they’ve been there so much longer. Which is why we’ve put forth so much work and trying so hard, because we want to be able to prove to everyone what we can do.”

After the freshman attends a few practices everything begins to feel normal with a new level of excitement to succeed, and they continue to push themselves. They’ve begun to make new connections with their older teammates and bonded with other seniors to have a great season. They are more motivated and successful in their sport with everything they’ve learned.

Grace Hunt, Freshman Campus Bureau Chief
Grace Hunt is a sophomore at MCHS’s Freshman Campus. She enjoys reading, writing, and spending time with family and friends. Grace is currently serving as vice president for sophomore Student Council and historian for Key Club. She is also plays piano and tennis for the girls tennis team. This is Grace’s first year on the Messenger staff. 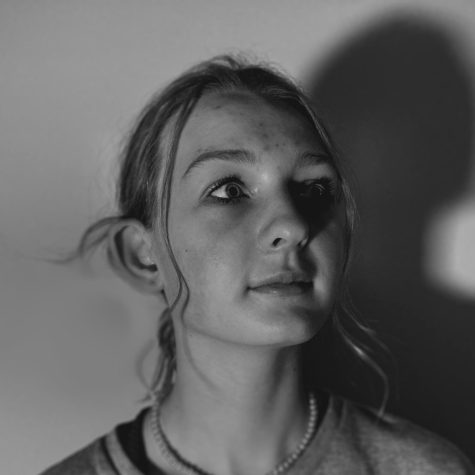 Emma Hertel, Contributing Photographer
Emma Hertel is a freshman at McHenry High School's Freshman Campus. She enjoys going to home games. She loves to play sports and likes to draw and paint. This is Emma's first year on the Messenger staff.