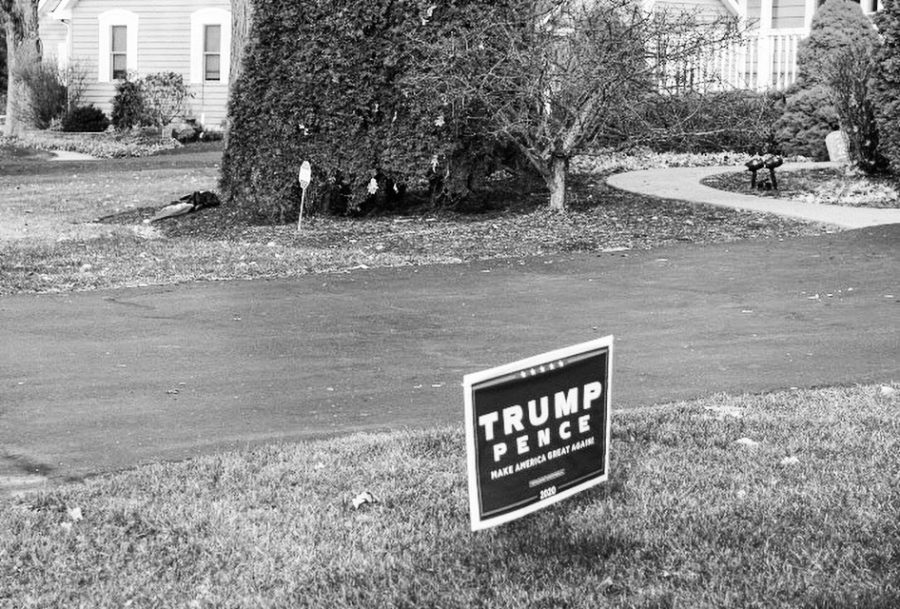 At one point though, my temper, along with some others, ran high. After some of my co-workers asked a few voters to remove their gear, they were met with vocal anger and annoyance. Instead of respecting the rule, they banded together to reinforce their stance that the rule was unconstitutional, and that they were not going to remove their hats. I knew they could use back-up, so I tried to quickly finish assisting the voter I was with (who was frankly mortified for us).

As I walked over, I noticed that one of the men had given in and removed his hat to continue the voting process. One man, however, continued to refuse. “I demand to see where in the rules it says that I can’t wear my hat,” he said.

So, my manager walked over to gather her materials, and my co-worker and I were left with the man. He glared at us, and continued to inform us of his stance. He asked what authority we had over him. “What are you doing about all the people breaking the rules in every other polling place?” he asked.

To this, I stated, “I don’t understand why you are concerned about those voters if you aren’t going to follow the rules yourself.”

He glared at me, and I stared right back.

“What’s your job anyway?” he asked. “What do you do for the polling place?” I explained my position, to which he then asked me, “What would you do if you found thrown-away ballots in dumpsters?” I knew I wasn’t going to get anywhere, but I attempted to ease his worries.

My manager came back with the necessary documents, to which he finally gave in to after stating that someone should be standing outside checking that people have taken off their gear within 100 feet as the rule stated. We explained that he’d need to contact the county clerk and make that a suggestion.

That’s when I decided that I’d go out there right then and there to do just that.