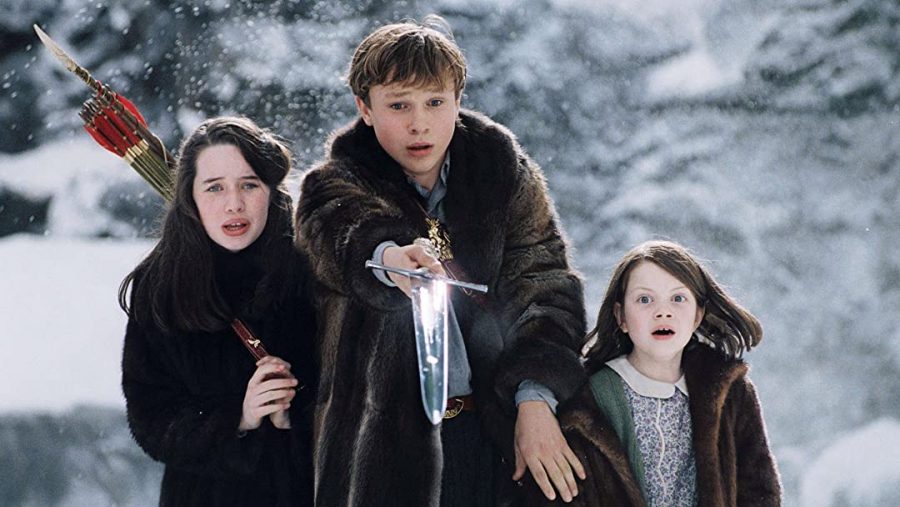 The first film in “The Chronicles of Narnia” series is adventurous, fun, and will give viewers a nearly two hour escape from the real world.

“The Lion, the Witch and the Wardrobe”

“The Lion, the Witch and the Wardrobe” takes viewers out of their everyday lives and immerses them in a fun and magical world.

“The Chronicles of Narnia” is a beloved book series written by S. C. Lewis in the 1950s that follows the adventures of four siblings who find a magical world in the back of a wardrobe. The first book in the series was made into a live action movie in 2005 and immerses viewers into the magical world of Narnia.

The first two films in the series were led by director Andrew Adamson, who is most known for directing the “Shrek” movies. The cast is chock full of big name british actors too like James McAvoy and Tilda Swinton. There is a lot of CGI, which can be hit or miss with early 2000s productions, but this movie doesn’t look too bad for the year it was made. It certainly is no masterpiece by today’s standards, but at least it’s not as awkward and laughable as other movies from 2005.

One of my favorite things about this movie is the setting. A majority of it is set in Narnia, a magical land that is connected to the human world through a wardrobe in an old professor’s house. The movie does an amazing job at fully immersing you in this magical realm. The different settings help you to understand the characters emotions as the film progresses. It starts out very dark and cold, and as the children gain more hope, it gets brighter and warmer. It makes you feel more connected to the characters that you’re watching, and that’s an important factor in the making of a good movie.

The movie starts out in a very aggressive sort of way. It wastes absolutely no time and throws you right into the middle of these kids’ lives. That’s one of the things I love the most about it. Right from the first second of the movie, you’re practically on the edge of your seat and your attention is glued to what might happen next.

Suffice to say, “The Lion, the Witch and the Wardrobe” is a wonderful movie for you to watch with your family this winter break. It will take you out of your everyday life and put you into a magical world that’s much different than our own, which could be a nice escape from the mess that is 2020.

“The Lion, the Witch and the Wardrobe” is available on Disney+, along with the two other movies in the series, “Prince Caspian” and “The Voyage of Dawn Treader”.