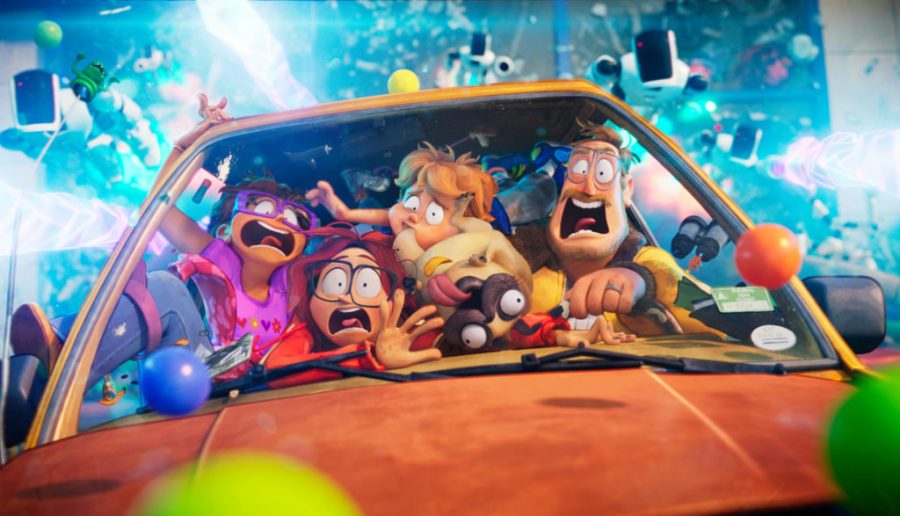 Bright visuals and an exciting story are just a few small details that make “The Mitchells Vs. The Machines” a fantastic summer film for viewers to enjoy with their families.

“The Mitchells Vs. The Machines”

Less than perfect families and an evil robot take over make "The Mitchells Vs. The Machines" a perfect film to enjoy this summer break.

Released on April 23, 2021, “The Mitchells Vs. The Machines” is an animated film with a lot of heart and an overall very sweet story line about growing up and following your dreams. The film has received a lot of praise, and for good reason. The story is good, the animation is bright and creative, and the characters are easy to relate to, and remind me a lot of some of my own family members.

Going into this movie, I was expecting it to be the same as every other movie aimed towards kids. I was prepared for a boring, overused story and annoying characters, but after watching it for the first time, I found the exact opposite. There may be a few plot points that are easy to predict, as there are with any movie, but those plot points are part of what makes “The Mitchells Vs. The Machines” such a strong film.

The story focuses on Katie Mitchell and her relationship with her dad, Rick Mitchell, as she is about to leave for college. Katie wants to make movies, and she has a youtube channel where she posts short comedy films starring her dog, Monchi. Rick is skeptical of Katies future plans, and is doing everything in his power to show her that she is going into a risky field. This viewpoint comes off as her father just not believing in her abilities to achieve her goals in life.

The side conflict in this movie is quite literally the end of the world. Pal Industries has engineered a new robot that is supposed to take orders from humans and make their lives a little easier. CEO of Pal, Mark Bowman, overlooks a few details that lead to these new robots turning evil and capturing every single human being. It is up to the Mitchells, who bravely ditch their personal devices to avoid being tracked, to save the world and prove to each other that they have what it takes to achieve their dreams.

I absolutely loved this movie, and when I told my little brother that I was going to review this movie he got incredibly excited and wanted to watch it with me. Arguably the best part of this movie is how relatable the characters are, and how I was able to imagine my own family as the Mitchells. Their situation is short of perfect, but they find their own unique way to come together as a family and save the day.

“The Mitchells Vs. The Machines” is one of my new favorite movies, and I highly recommend it to anyone who has dreams that their family doesn’t exactly believe in, or anyone who has a less than perfect family in general.

“The Mitchells Vs. The Machines” is available to watch on Netflix.