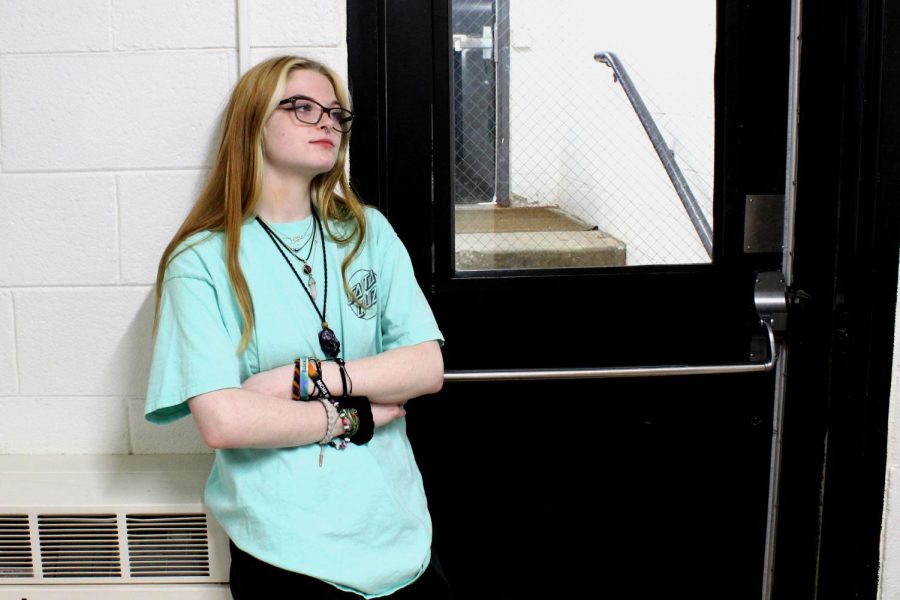 Freshman Kaitlyn Neville received a ticket in April for her involvement in a fight. Though she says she was only defending herself, she was given a suspension from the school and fined by the police.

Freshman Kaitlyn Neville was only looking to defend herself when she received a ticket and a court date for a fight she did not start.

“I do not think the ticket was justified because the girl came onto me,” Neville said. She adds that growing tensions led to her reaching out to admin. “Then the fight happened. I had no choice but to defend myself.”

Neville explained that receiving the ticket was simple; Freshman Campus SRO Paul Prather had delivered it to her house. He also explained how Neville was to resolve the ticket — something she has not been able to do yet.

“The ticket asked me to appear in court,” Neville said. “It didn’t state anything else on it. The dean gave me and the girl an opportunity to talk to one another and we did, but the [conversation] didn’t go anywhere; she wanted no part in resolving it. My court date isn’t for another month.”

As ProPublica and Chicago Tribune reporters found, students often receive disciplinary action through their schools in addition to the ticket. In this case, Neville received a three-day out-of-school suspension.

“I missed three days because [of the fight] and it definitely impacted my grades,” she said. “I was a student who struggled through Zoom learning so it was really hard to work on my assignments and stay motivated at home.”

Motivation is not the only thing that took a toll — Neville’s mental health did too.

“I feel that [the ticket and OSS] declined my mental health because of the stress of dealing with all this by myself and simply the fact that I got in trouble for defending myself really upset me,” she said.

Based on her experiences, Neville believes ticketing is not an effective way to address student behavior.

“I personally feel [tickets are] a waste of time and money,” she said. “If [the ticket] gets wiped clean after we graduate, what was the point? Especially for the kids whose parents pay for it, it’s a waste of money for something that really wasn’t that big.”